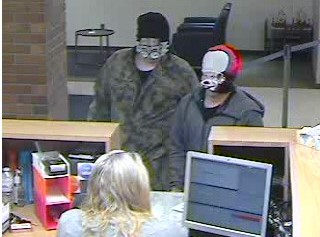 At approximately 9:05 a.m., on September 30, 2019 two suspects entered the Chase Bank in Marlette, produced a firearm and demanded money.
The first suspect is described as a white male, mid to early 20’s, 5’6 approximately 120 lbs, wearing a gray hoodie and a “clown-like” mask with red on the top.
The second suspect is described as a white male, mid to early 20’s, 6 ft, approximately 170 lbs, wearing a camouflage jacket also wearing some sort of mask with a knit hat.
The suspects left the bank on foot on Morris Street where they were picked up by a waiting white in color 2013(ish) Cadillac.
The Cadillac has minor front end damage on the passenger side. The Cadillac was last observed north on M-53.
The Marlette Community Schools were advised to Shelter in Place until the direction of the suspects could be confirmed.
If you recognize the vehicle or suspects you are requested to call the Marlette Police Department at 989-635-2008 or the Sanilac County Sheriff’s Department 1-800-881-5911.
The Marlette Police Department were assisted by the Sanilac County Sheriff’s Road Patrol, Drug Task Force, Detective Bureau, Sanilac County K-9, Tuscola County K-9 and the FBI.
The investigation is continuing.
Information provided by the Marlette City Police Department. 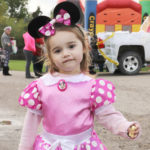