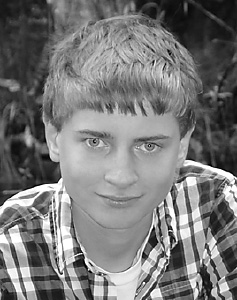 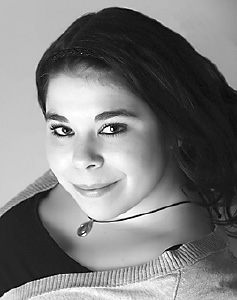 VALEDICTORIAN: Devon Robbins is the son of Sheri Robbins and Christopher Robbins. He is a five year attendee of the Brown City Honor’s Banquet. Devon has participated for three years on the Science Academic Games team, and for one year on the Math Academic Team. He has worked at the family business for the past four years while maintaining a higher than 4.0 GPA, and attaining an ACT score of 31. He has taken on three AP classes this year, as well as an online class. He has been an active member of Y.C.C. for three years, N.H.S. as the Vice President, S.C.O. and Quiz Bowl. Devon was also the Treasurer of the senior class.
In the fall, Devon plans to attend the University of Michigan, Ann Arbor, in order to pursue a dual degree in Aerospace Engineering and Physics. Upon graduation, he plans to pursue a career in the aerospace field working for a company like SpaceX.
SALUTATORIAN: Eryn Earl is the daughter of Steve and Laurie Earl. She has been a member and captain of the Science Academic Games team, which took 2nd place in the Tuscola County Games this year, for 4 years. She was a six year qualifier of the Brown City’s prestigious Honor’s Banquet. Eryn played on the Varsity soccer team for three years. She has won 1st Academic team All-Conference and All-County for Sanilac County. Eryn is a member of the Brown City High School Marching and Concert Band, where she leads the band as Senior Drum Major. In band, she has participated in the University of Michigan Flint’s Honor’s Band and has also attended the Sanilac County Honor’s Band for the past two years. She is a member of the Youth Advisory Council and is the National Honors Society’s Historian. Eryn works a part-time job after school, while still maintaining a 3.98 GPA and scoring a 32 on her ACT.
In the fall, Eryn plans to attend the University of Michigan, Ann Arbor to pursue a major in Astronomy and a minor in Music. She has recently been accepted into the Honor’s College of Literature, Science, and the Arts. After graduating college, she hopes to attain a job as an Astronomer at NASA. 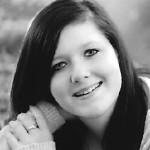 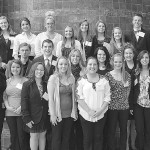