Usually the third time is a charm, or so the saying goes. But, for Kubacki Farms in Huron County, the third time is anything but a “charm”.
Two weeks ago, a neighboring farmer oversprayed his corn field with Stinger herbicide and a generic version of Roundup. The overspray went into Joe Kubacki’s hay field, killing a strip of it that borders the corn field. Overspray damage isn’t anything new to the Kubacki’s. This is the third time in three years that the farm has had to deal with it, and are still dealing with it. Last year the same farm oversprayed with Gramoxone, which ultimately led to the destruction of nearly 100 dairy cows.
With this year’s wet spring/summer, hay could be a hot commodity. Joe hates to brush hog any of the hay down, but fears how the overspray would affect cattle eating it. On the general instruction sheet on the Stinger herbicide container, it says, “(Grazing for meat production) DO NOT graze for 56 days after application OR if grazing prior to 56 days after application DO NOT send animals for slaughter that have grazed treated pasture within 56 days of applications UNLESS first placing the animals on clean feed for 3 days before leaving the farm. (Grazing for milk production) DO NOT graze for 3 days after application. Cutting for animal feed: DO NOT cut for 56 days after application.”
From the Stinger website, “Residues of Stinger can remain active in the soil for many months with the longevity affected by use rate, soil type, temperature and moisture. Care therefore needs to be taken when planting new crops or trees into areas where Stinger has been sprayed to ensure that no residues remain active. Residues of Stinger can also remain in treated plant material for extended periods so do not use treated plant material to make compost or mulches. Manure from animals grazing on treated pastures should not be sold off-farm or used as compost within gardens.”
The Michigan Department of Agriculture (MDA) has been down and has taken plant samples, but it will be weeks before the results are back. Kubacki needs to cut the hay so that a second cutting will be able to grow.
The farm that oversprayed is insured, and Joe has talked to the agent, but as of Monday, June 24, an adjuster hasn’t been seen.
To top it off, Joe has also been dealing with health issues. What started out as Type A Influenza in mid-March turned into pneumonia and his family almost losing him twice, the second time taking 15 minutes to revive him.
Joe feels that maybe the reason that he is still here, is so that he can find a way to let people know about the misuse of the herbicides and pesticides being used. As much as we don’t want to admit to it, all you have to do is drive around the countryside and sprayed fields are evident everywhere. Cover crops are planted to enhance the soil, and then sprayed to kill that very cover crop. This is only a drop in the bucket of what chemicals are used almost on a daily basis to kill some weed or disease that is evident or even as a preventative. When you see ditches that have turned brown from overspray, where do you think that chemical is going. Are the farmers/sprayers being held accountable? What about the chemical companies? 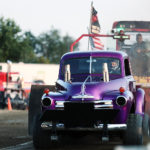 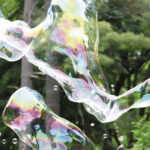