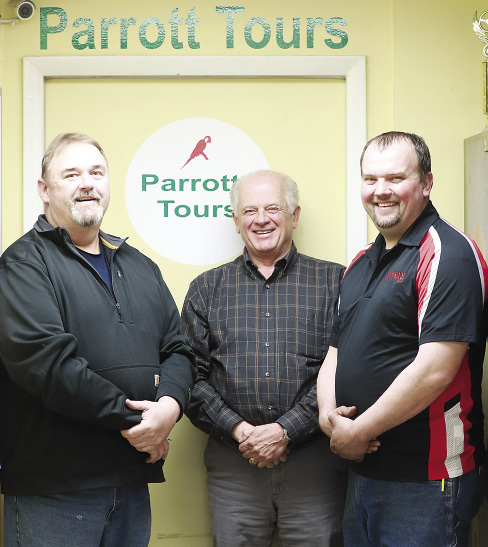 “Their enthusiasm is infectious,” said former owner of Parrott’s Tours of Deckerville, Phil Parrott. He was speaking of new owner, Mike Keinath and Craig Faust, who will be managing Parrott’s Tours.
Mike and Dana Keinath recently purchased the business, which was started by Phil’s parents, Bob and Margaret, in November of 1973. The first tour of Parrott’s Tours was a trip to Nashville in March of ‘74 with radio station WMIC. The Nashville trip has been a yearly event, with Phil himself being there over 200 times.
Phil began working with his parents full-time in 1983 and when his parents retired in 1991, Phil bought the business from them. Besides his numerous trips to Nashville, and making many friends there, he has been “too many places to count”. He loved doing tours to Alaska, and in the last few years has been doing river cruises in Europe, which he has become very fond of.
Although he was “retiring”, Phil plans on being around through the rest of the year to help the Keinath’s have a smooth transition. He said he has no plans to leave Mike stranded and that he will always be a phone call away. And, past this year, he said, “Who knows?”
Parrott’s Tours has moved to the Keinath Tire building on Range Line Road. The telephone numbers, the website, the mailing address and the name will stay the same.
Mike and Dana just recently got back from a tour trip with Phil to Nashville, giving them a firsthand glimpse of what Parrott’s Tours is all about. They enjoyed it tremendously and are looking forward to the future of their new endeavor. The couple is looking for suggestions from area residents on tours that they would like to see in the future.
The most current information on Parrott’s Tours is available on the website – parrottstours.com or “friend” them on Facebook. Several trips are already planned for 2018-2019 (see page 6B for their ad, with many of those trips highlighted). 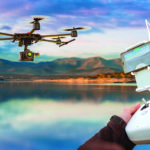