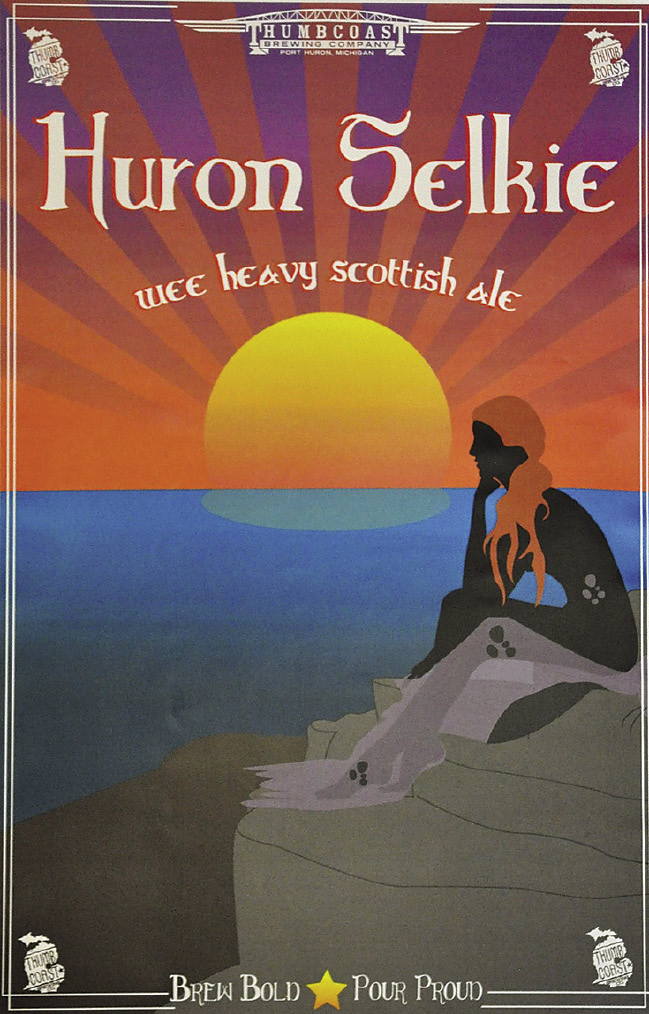 Thumb Coast Brewing Co. in Port Huron will hold a reception at 6:00 p.m., on Thursday, November 12, to unveil the winner of the “Selkie Project.”
Students in Christopher Krolczyk’s ACD 250, Graphic Design I class at St. Clair County Community College designed labels for the brewery’s Huron Selkie beer which will be released later this month. The public was asked to vote for their favorite label at the brewery and on its Facebook page. The winner will be announced during a reception that is open to the public.
Kaylee Knaggs of Carsonville, Jason Grill of St. Clair and Sean McManaman of Clyde Township are the three finalists in the contest.
The winning label will be featured in a limited bottle release of the beer. The winning student will receive a $500 scholarship from the brewery.
“It’s a great piece for their portfolio,” Krolczyk said. “In this business, it’s not so much about what’s on your resume, it’s the work that you’ve done. So it’s a great addition to their final portfolio.”
Krolczyk, who has designed labels for several Thumb Coast beers, hailed the project as a chance for his students to get experience dealing with a client as they would as a professional. The class met multiple times with Thumb Coast owner Dennis Doyle to learn what he was looking for in a label, and to make adjustments to their initial designs.
“If someone wants to pursue this in the real world, we want them to see what it’s all about,” Doyle said.
Thumb Coast Brewing Co. is located at 330 Quay St. in Port Huron. 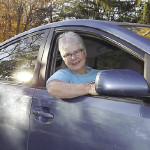 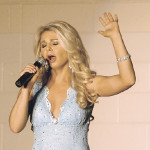