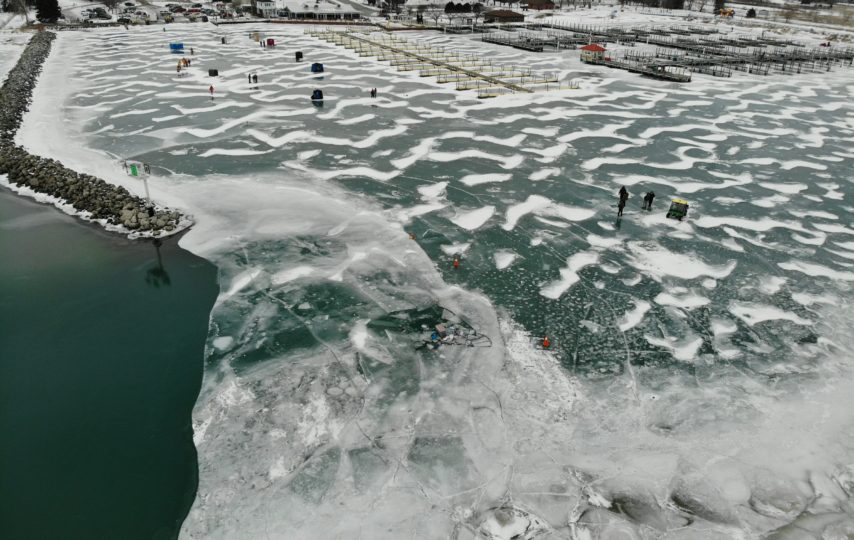 On February 16, 2019 at approximately 12:00 P.M., people ice fishing in the Lexington Harbor called 9­1­1 to
report a truck had broken through the ice and there was a person in the truck. Citizens helped convince the
male occupant to exit the truck and jump to safety on the solid ice.
Lexington Police, Lexington Fire, Sanilac County Sheriff’s Deputies, and Croswell EMS were dispatched to
the scene. The male, a 62­year­old from Kimball, was treated and released by EMS on scene. The male was
arrested by the Lexington Police.

On Sunday, February 17, 2019 a joint recovery effort was undertaken to remove the vehicle from the lake.
The 2016 Dodge Ram was entirely submerged under the ice in approximately 12 feet of water. The truck was
located at the mouth of the harbor, over 850 feet from shore. The St. Clair County Sheriff’s Office Dive
Team, Sanilac County Sheriff’s Office Dive Team, and the Lexington Fire Department organized a complex
recovery. The effort, led by the St. Clair County Dive Team, consisted of cutting a series of large triangular
holes in ice that was up to 14 inches thick. Divers then swam under the ice and hooked up to the truck. The truck was towed under the ice towards the launch ramp until the water was too shallow to tow under the ice.
Personnel then cut a massive hole in the ice and the truck was towed onto the boat launch ramp.
The recovery was a prime example of agencies of different disciplines and from different locations working together.
The holes in the ice were marked off with police line tape and citizens are advised to use extreme caution and stay away from these areas, as it will takes days for thick ice to reform. 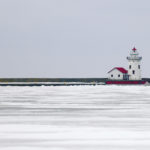