Locals to compete in Port Huron to Mackinaw Race

Captain Chester Kolascz is diligently readying the ‘Saralyisa’ for this years Mac race. Kolascz, along with six other crew members, will set sail from Port Huron to Mackinac at noon on this Saturday, July l8.
The crew is comprised of Captain Kolascz, his three daughters, Sarah Arrel of Port Sanilac, Alysia Kolascz of Ann Arbor, and Monya Vaughn of Marysville as well as two son-in-laws, Andrew Arrel and Kevin Vaughn. The Kolascz’s cousin, Billie Prescott of Sandusky, will also be joining the crew for a second time.
“I am really excited that it is all family on board this year,” Kolascz said
The Port Sanilac Marina Crew (PSM) will be racing a J/88 and competing in the J class, consisting of eighteen boats. Rather than the shorter course of 230 miles, the PSM Crew will be sailing the Cove Island course of 256 miles.
This year’s race marks Captain Kolascz’s 24th Mac race.
“After 25 races, the Port Huron Yacht Club awards you the ‘Old Goat’ award,” Kolascz explained, “and after 50, you become an ‘Old Ram.’”
Captain Kolascz may have 24 years of race experience under his belt, but he will be the first to admit that this year’s race is unlike any that he has participated in before.
“I have done this race in a half-dozen other boats, but this is by far the smallest boat,” Kolascz said. For the past seven years, the PSM crew has raced a 49 foot Marlow-Hunter luxury cabin cruiser; however, this year, they have opted for a 29 foot, 2015 J/88.
Among the differences between the two boats, are that the J/88 is a light boat and should do better in light air and is a very low free board.
“If we get into a lot of wave action, we will get pretty wet,” Kolascz said.
The crew is down sizing from a 38,000 pound boat to a 5,000 pound boat. Kolascz explained that they are limited to one igloo cooler for all seven crew members.
“We are very weight conscious,” he said.
Another difference for the crew in this year’s race will be meal time. In past races, Captain Kolascz’s wife, CeAnn Kolascz, made “seal-a-meals” for the race that could be placed in boiling water, allowing the crew to enjoy hot, home cooked meals.
“We don’t have that luxury this year,” Kolascz added. Since the smaller boat does not have a full galley, the crew will be eating freeze dry back-packing meals.
The lack of space aside, Captain Kolascz cannot wait to see what the J/88 is capable of. She made her debut last January at Key West Race Week, where she took 1st in her class. She is the definition of racing glory, fully rigged with the latest B&G Electronics and fitted with Doyle Sails.
The PSM Crew invites the public to stop by the Port Huron Yacht Club Friday, July 17 to partake in the boat night festivities and welcomes everyone to the ‘Saralysia.’ If interested in the boat’s location at the Yacht Club, please call the Port Sanilac Marina for more information at (810) 622-9651. The crew is looking forward to their new adventure on the J/88 and wishes for smooth sailing. 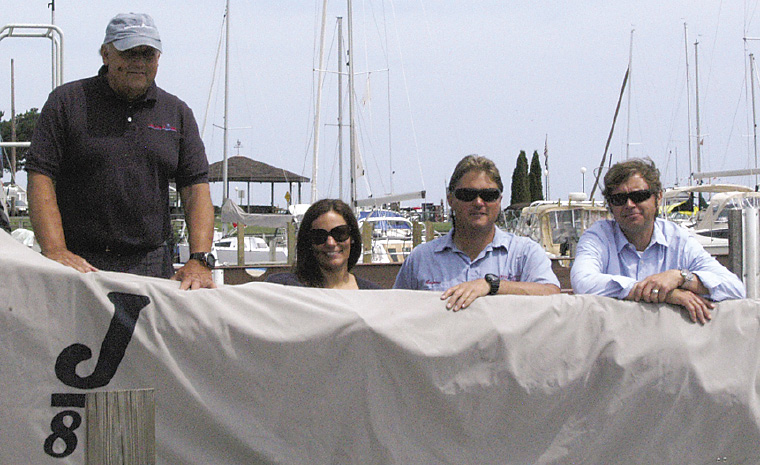 Previous Story:
68th Anniversary to be Celebrated by the Pohls 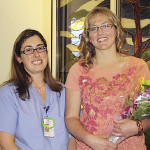 Next Story:
Andrea Brecht, Nurse of the Year