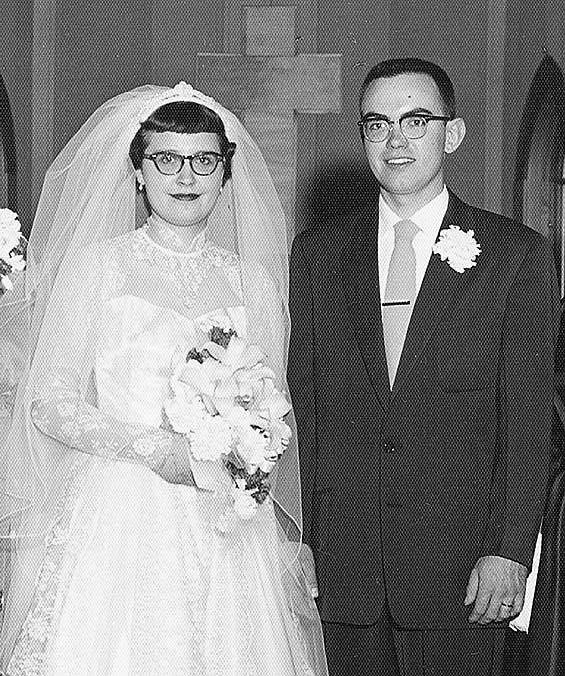 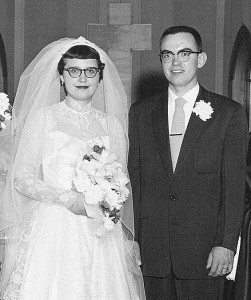 April 9, 1955 and 60 years later! Carl Ernest Nicol and Joyce Fern McAlpine were married April 9, 1955 at the Wisner United Methodist Church in Wisner, MI.
They started their life in an apartment house in Marlette which was a block away from the family business, Nicol Motor Sales. Dad continued to work at Nicol Motor Sales and drive school bus for Marlette Schools until he retired. Joyce’s love was designing and sewing wedding, bridesmaid and flower girls dresses.
They were blessed with four children, five grandchildren and two great-grandchildren.
We would like to shower them with cards for their special occasion!! Cards can be sent to the home they built together at 5655 Marlette Rd., Marlette MI 48453.
God Bless You and Congratulations Mom and Dad!! We Love You!