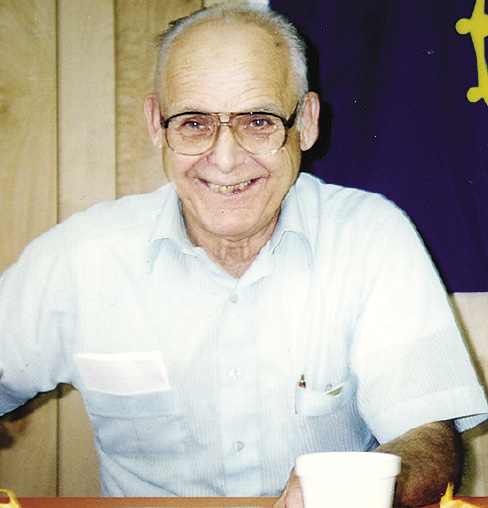 Sandusky and the surrounding area are feeling a sense of loss this week, as local icon Gordy Hutson passed away last Wednesday.
Hutson spent life in Sandusky after landing here following service to his country in WWII.
He never left, and Sandusky was better because of him.
He was a local legend, committed and involved in many areas of community service but particularly the VFW, Sandusky Fire Department, School and Civic Athletics. Gordy was an avid sports official. His 45-years of officiating games saw him through his 90th birthday. His presence was magnetic as the athletes respected and adored him.
Gordy had a great smile, laugh and sense of humor. He was someone that truly cared for his fellow man, serving as a chauffeur to countless persons in need.

SANDUSKY – Gordon W. Hutson, 95, of Sandusky, passed away Friday, March 16, 2018.
He was born March 12, 1923 in Gladwin, Michigan to the late Bert and Maude (Wesley) Hutson.
Gordon married Wilma M. Smith on October 2, 1951 in Bowling Green, Ohio. She passed away November 27, 2001.
Gordon served his country during WWII in the Army. He was a life member of the Sandusky V.F.W. # 2945; a charter member of the Holy Redeemer Lutheran Church; a volunteer fire fighter with the Sandusky Fire Department for many years; and he refereed games for 45 years.
He is survived by one daughter, Deborah (Robert) Seaman of Sandusky; two grandchildren, Michelle (Shawn) Hanselman of Ft. Gratiot and Matthew Seaman of Sandusky; one great- granddaughter, April; several nieces and nephews, including Lee Ann (Mark) Wesolowski; his extended family, Hughie Gordon, Margaret Marks, Rose Wing and family; and many, many friends.
He was preceded in death by two brothers, Bucky and Wayne Hutson; and three sisters, Marie, Vada, and Alma.
Visitation hours were held Sunday, March 18, from 2:00 p.m. – 8:00 p.m., and on Monday, from noon until the time of the service at the Hacker Funeral Parlors, Sandusky.
Sunday evening services were held by the Sandusky Fire Department and V.F.W. # 2945.
Funeral services were held Monday, March 19, 2018 at 1:00 p.m., at the Hacker Funeral Parlors, Sandusky.
Military Rites by the Sandusky V.F.W. #2945.
Burial was in Hyslop Cemetery, Sandusky.
Memorials may be made to the Family discretionary fund, or donor’s choice.
Arrangements entrusted to the Hacker Funeral Parlors, Sandusky
Online condolences for the family may be left at www.hackerfuneralparlors.com 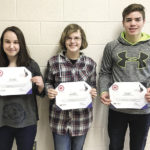 Next Story:
America & Me Essay Contest