Gubernatorial candidate Bill Schuette made a whirlwind tour throughout the Thumb area on Thursday. The day long tour was largely spent communicating with local agricultural and business leaders.
Schuette, a long-time supporter of agriculture, was thrilled to tour Dean Berden Farms as well as Berden’s organic processing facility.
Schuette was exposed to organic farm practices as well as off the grid solar energy at Berden’s farm.
The campaign trail then led to Berden’s organic food grade processing facility just around the corner.
Schuette had no problem “rolling up his sleeves” pitching in at the plant, shoveling beans and filling bags with the production workers.
Schuette says paychecks for Michigan families are “being stretched too thin and they need a raise.”
The Berdens are no strangers to politics.Dean and Kathy Berden are both active Republicans. Kathy serves as the current Republican national Committeewoman, while Dean is the Vice-chair of the Sanilac County Republican Party.
The campaign made one more Sanilac County stop, when the group spent a few 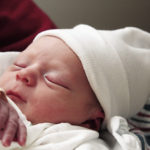