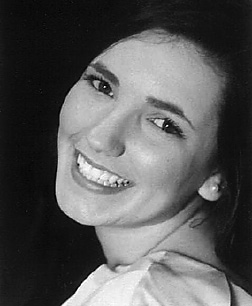 Hannah Coleman, a 2015 graduate of Sandusky High School, is this year’s recipient of the Sheila Olbrich Fine Arts Scholarship.
Hannah is the daughter of Dave and Kathy Coleman. She plans to attend Asbury University in the fall where she will major in Early Childhood Education with a minor in Cinematic and Performing Arts.
During high school, Hannah played volleyball and softball, participated in the drama club, and was Student Council Treasurer.
The Sheila Olbrich Fine Arts Scholarship Fund was established in 2006 by Lena Olbrich in honor of her daughter. Sheila Olbrich graduated from Sandusky High School in 1980. Her high school activities included the Debate Team, Drama Club and forensics. In 1984 she went to the University of Michigan and obtained a Bachelor’s Degree. She was a social studies major with heavy emphasis on drama. After graduation, Sheila traveled until 1989 and, upon returning to Sandusky, started the M.S. drama program and accepted the position as Director of the drama club at the high school. “Drama gives kids a chance to express themselves…more for kids not involved in sports…drama gave these kids the ability to express themselves. Sheila wanted to encourage that”, remembers her mother. The goal of this scholarship is to continue to support and encourage Sandusky High School students….For Good For Ever.
This scholarship is administered through the Sanilac County Community Foundation. For more information on scholarship opportunities through the Sanilac County Community Foundation, contact Melissa Anderson, Executive Director, at the Foundation office at 810-648-3634. 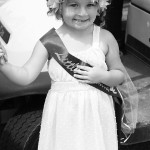