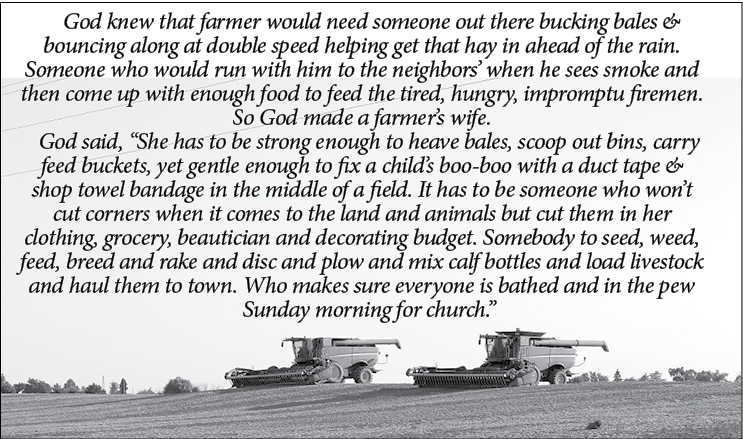 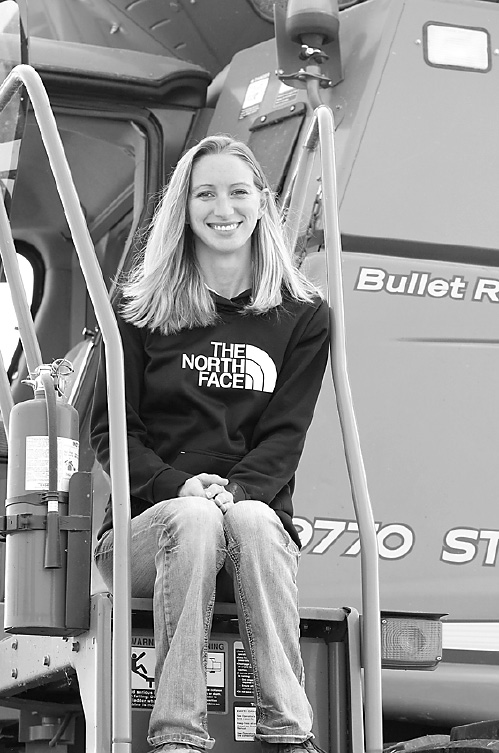 Shelley (McConnachie) Beach was sure as a youngster that farming would not be what she would choose as her career. Realistically, rock picking and pulling weeds just isn’t that much fun, compared to becoming her farm’s main combine operator, beet harvester and sprayer operator.
Shelley, 31, the daughter of Dave and Sally McConnachie, has proven to her family, and to herself, that she has what it takes to be a successful female farmer.
Graduating from Deckerville High School in 2002, and after a year of college at Central Michigan University, Shelley decided to come home. She met her husband, Tim, while working at Cotterman Company in Croswell, where she worked first as a data entry clerk, then eventually as a human resource assistant. They have one daughter, Jacey, who will soon turn six years old.
When the opportunity arose to join her father on the farm, Shelley decided that if she ever wanted to learn the business of farming, this was the time. She’s been working on the McConnachie farm for the past five years, first alongside her dad, his brother, her grandfather and cousins, who she says are great mentors, teaching her some invaluable lessons. When Shelley first came back to the farm, she had a lot to learn and mainly tagged along with the boys, doing whatever they did, and picking rocks, tending the sprayer, and cleaning the shop when there wasn’t anything else to do.
When the two brothers decided to farm for themselves three years ago, Tim joined the farm, which he and Shelley named Dave’s Dirt LLC . Dave’s Dirt LLC produces sugar beets, white wheat, dry edible beans, corn and soybeans on approximately 1,000 acres. Now Shelley’s favorite job is running the planter, her least favorite is driving a semi truck. She has a farmer’s endorsement, which allows her to drive truck within a 150 mile radius of the farm. Although Shelley admits she doesn’t “fix” things on a regular basis, she does her part in the shop or field by greasing and cleaning equipment, some maintenance, and by keeping tools and parts handy for the guys while they do machinery repairs. 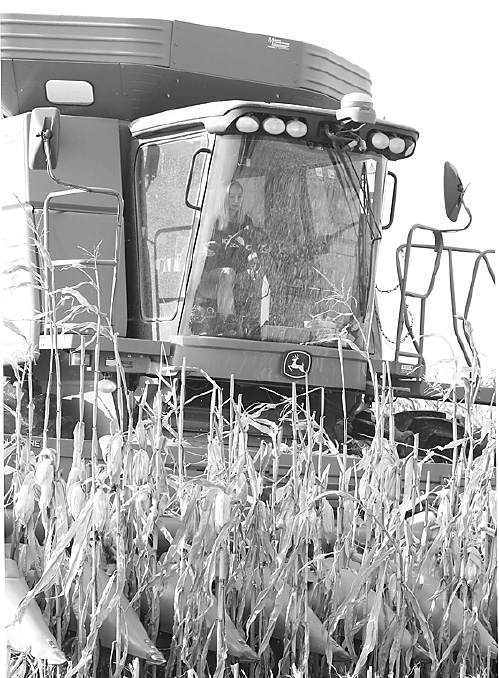 Shelley and Tim both work full-time on the farm, and are busiest in the spring and fall, although summer is pretty busy keeping the crops clean and healthy.
Shelley said that she takes pride in working on the farm, that it feels good to produce safe, quality food to help feed her family, her neighbors, her community and the world.
When asked if she feels that girls should get into the farming industry, she responded, “Why not, it’s fun! Just go for it, and realize that you’ve just got to do a thing to learn it.” 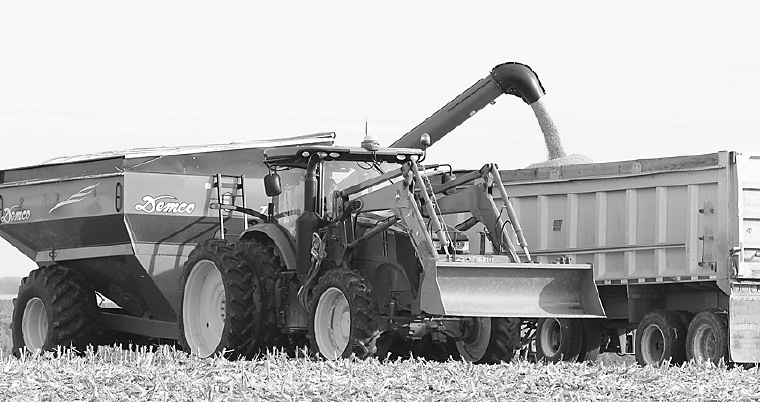 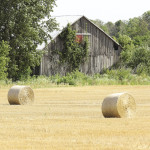 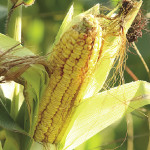 Next Story:
Thank a Farmer