Head Coach: Sarah Kady
Key returning athletes: (please include grade): McKenzie Wilhelmsen (Senior): Pitcher, Catcher and 1st Base. McKenzie has played four years of Varsity softball. She works very hard in the off season and has signed to play at Lansing Community College next year. McKenzie has good leadership skills, bats in the number four spot for us and is verbal in the field. McKenzie has been honored over the last three years with League, District and County recognition for both Catching and 1st base. I am excited to see how McKenzie ends her high school softball career. She has a bright future ahead of her playing softball at Lansing Community College and was voted as one of the Team Captains for the 2018 season; Halle Reed (Senior): Center Field and 3rd Base. Halle is also a four year Varsity softball player that has played a lot of travel ball and has signed to play for Delta College next year. Halle is a very athletic softball player that knows the game. She spends a lot of her time in Center Field and covers a lot of ground for us. She is aggressive at the plate and on the base path. Over the years, she has received league, county and District recognition. Halle was also voted by her teammates at a Captain for the 2018 season. I am eager to see the success Halle will have her final year as a Lady Raider; Sydney Parker-Noble (Senior): Sydney is also a four year Varsity player that has contributed many talents to our program over the years. She helps us out in the outfield and at short stop. She is very quick and will step up to the mound if needed. Sydney is a seasoned player who will play wherever her team needs her. She is a recognized student athlete throughout the thumb. Sydney too will step up as a team captain for the 2018 season
Comments on returning players: Amber Bennett (2nd/3rd Base) and Emily Bell (Right Field/1st Base) both juniors will continue to contribute this season and possess a lot of heart for the game. We have a solid group of four sophomores that started as freshman last year at the varsity level. Kennedy Lefler (Pitcher/Left Field), Sidney Coltson (Catcher), Carleigh Nickens (2nd Base/ Catcher) and Lilly Wilson (3rd Base). These young ladies have grown so much in their knowledge of the game and watching their game develop and I look for ambitious improvements as the season progresses.
Lost to graduation: Kaylee Stover was a four year pitcher for the Lady Raiders and her experience will be missed along with Hannah Kady who suffered a knee injury at the end of her basketball season and was not able to play her senior year. Hannah was missed last season at short stop and was unique in that she could slap hit, power hit and was a threat on the bases.
New athletes to the team: (please include grade): Zoey Hunter (Freshman) will help us out on the mound. Although she is young, she is showing great potential.
Comments about your team’s strengths/weaknesses and any goals for the season: We are thrilled to have added a JV team to our program after several years. We have 24 girls between the two teams and are eager to see the program grow. We are happy to see the girls on the field getting experience and being able to focus on specific positions without having to shuffle the athletes around. It is nice as a coach to have more one on one fundamental time with each player. On Varsity we have four seniors, two juniors, four sophomores and one freshman. Our team will build momentum with speed on the bases, having four solid pitchers and knowledge of the game. We focusing on being able to capitalize on game situations we have struggled with in the past and execute our game plans consistently. Our team goals include having consistent bats, being aggressive in the base paths by not leaving runners stranded on base, solid defense and improve our overall season record in both league and non-league games.
Outlook for your league – Where do you see you team fitting in? I believe this season will continue to be a rebuilding/foundational year for many of the programs with the loss of key players and working with younger student athletes at the varsity level. The league should be competitive but I believe there will be opportunities for teams to step up and leave their mark in league standings. Sandusky, Ubly and Brown City are always solid and we look to build a respectable reputation in the league. 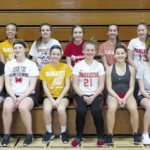 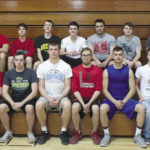