A solid performance by the Sandusky tennis squad helped lift the Redskins to a 6-2 victory over Saginaw Catholic Nouvel last week. The ‘Skins won three of four singles matches, including a three set marathon at fourth singles and took three doubles matches to secure the win.
#1 singles player for the Skins, Danny Hale, dropped a hard-fought decision 4-6, 4-6 in one of the toughest, hard-hitting matches of the day. Josh DeKam got the scoring rolling for Sandusky at #2 singles with a straight set 6-3, 6-4 win while Caroline Ross worked her magic at third singles, cruising to a solid 6-2, 6-1 win. Jack Norton had to work a bit longer to come away with a win for the home team, claiming a 6-2, 4-6, 6-1 win for Sandusky.
In doubles play, the #1 Sandusky team of Michael Wentzel and Amanda Mrozek came up short falling 4-6, 5-7 while the #2 duo of Brady Scribner and Ethan Roggenbuck knocked off their Nouvel opponents 6-3, 6-4. Trenton Pardy and Justin Stone kept the winning going for the Redskins with a 6-2, 6-0 romp and the #4 team of Kaelyn Demmon and Blake Kartanys capped the scoring for the ‘Skins with a win by default.
Sandusky returns to action Thursday when they host Cass City in a 4 p.m. match and will stay at home Monday entertaining Cros-Lex, also at 4 p.m. 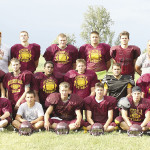 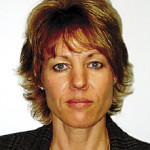 Next Story:
Fit Tips; Lunch and Learn on September 16