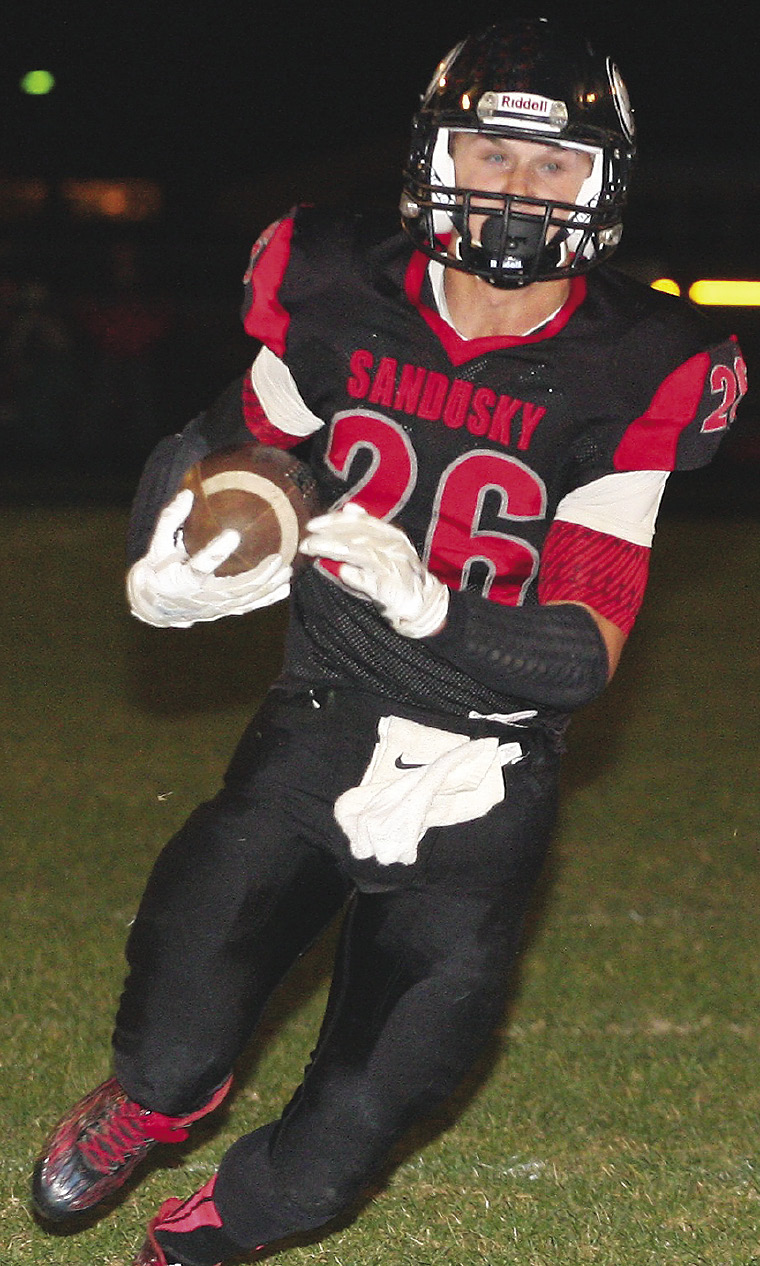 It was a perfect ending to a perfect regular season for the Sandusky Redskins, following a 56-0 whipping of the Capac Chiefs Friday night at Woodard Field. With the win, Sandusky finishes 9-0, the first time in program history a Redskin team has gone undefeated. It was also the 14th consecutive regular season win, dating back to last year’s five game winning streak to close out the regular season.
“This is a great group of young men,” said Coach Craig Jacobson. “They are committed, they work hard and we have our minds set on goals we set for ourselves. We hope to play deep in to the post season.” That being said, Jacobson also pointed out, “just like it was this year, it’s one game at a time and that begins Friday night with USA (in the first round of the playoffs). We are thrilled to be hosting a playoff game.”
There was little doubt of the outcome against the Chiefs. Before a Parents Night capacity crowd was settled in their seats, Casey Hyatt gave the fans some thing to cheer about, racing 85 yards to paydirt with the opening kickoff.
Star senior running back Chase Tucker then took the spotlight when he bulled his way in from 16 yards out to become the all-time leader for touchdowns in a single season with 22. For good measure, he added #23 early in the second quarter on a one yard dive into the end zone.
“We aren’t real big on records,” Jacobson explained. “But, whatever Chase gets, he deserves. He is a hard worker who never gives up and is a determined young man. When he gets the ball, he is exciting to watch and is capable of scoring on any play when he has the ball in his hands.”
Joe Stone got in on the scoring fun, scoring a pair of touchdowns of his own on runs of 13 and 15 yards, sandwiched in between the first of Wray DaVault’s three touchdown performance. DaVault scored on runs of nine, four and four yards.
The ‘Skins finished the game with 364 yards rushing and added another 58 passing with both tosses going to senior wide receiver Danny Hale to keep scoring drives alive. Tucker led the Redskin rushing corp with 103 yards on eight carries, Stone finished with 97 yards on nine rushes while DaVault had 79 yards on eight touches.
Jacobson concluded, “We are proud of the kids. We played well on both sides of the ball. Now, we focus out attention to the playoffs. We don’t have any magic wands. We will keep doing what we have been. It’s been pretty successful to this point. It’s going to be fun.” 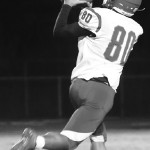