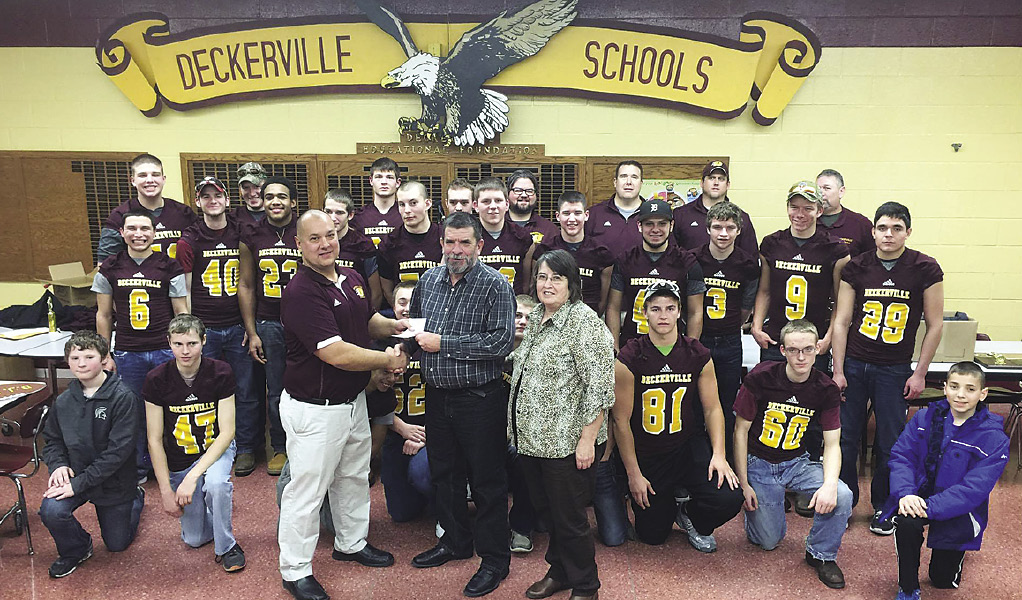 Cancer touches the lives of everyone – not just the person with it, but their families and loved ones. It also touches the community in which these cancer-stricken people live in.
The Deckerville Football team held its Awards Banquet this past week, and during the awards, Coach Bill Brown and the football team presented Bob and Bonnie Wolf (American Cancer Society Relay for Life Sanilac County) with a check for $424.00.
The football team held its “Pink Out” football game in October, and proceeds from the 50/50 were matched by the Brown’s two stores in Deckerville.
But, that is only part of the story – Bob and Bonnie Wolf’s son, Robb, was diagnosed with non-Hodgkin’s Burkitt’s Lymphoma in 1997, the same year the Deckerville varsity football team went 9-0. Co-captains, Cory Schumacher and Chris Garza went to the home of Robb, and presented him with the football from that game, autographed by the whole team. Robb took that ball to U of M Hospital during treatments, and he even had the opportunity to brag up the Eagles to U of M football players that had visited him (U of M went to the Rose Bowl that year). The Eagles football team might not have realized just how much this gesture meant to Robb and his mom and dad. But, Robb’s dad, Bob, said, “This shows the great character of the football players,” and also said how he and Bonnie “are proud to be Eagle supporters.”
Coach Bill Brown said that each year the team tries to good things for the community. These gestures, although may be just small, have a much bigger impact on the lives that they touch, be it for cancer, or reading to elementary students, or some other cause, than these players and their coaches may ever realize. 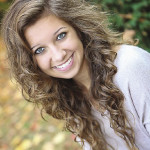