Whatever groundhog predicted an early spring was definitely wrong. Students in Deckerville enjoyed another shortened week due to weather conditions. Because another winter storm made its way to our area last week, students and staff alike welcomed a half day on Tuesday and a no school on Wednesday.
Due to the snowy weather on Tuesday, the boys game in Ubly was cancelled. The boys still played in Carsonville on Thursday and won the fairly close game 65-57. This week the boys move on to districts in Peck. On Monday the boys will play the early game at 6:30 P.M. Their game is against Kingston. Every game the boys played against Kingston this year has been fairly close so they could use all the support they can get. Good luck boys!
The girls wrapped up their season last Monday in Deckerville in a game against Kingston. The game remained close the first half. By halftime Kingston lead 21-19. The third quarter was not as great and Kingston pulled ahead and continued scoring into the fourth quarter. The final score was 26-44.
While snow days are becoming less likely, spring break is in sight! Spring break for Deckerville is April 4th-8th. Students also have March 25th off for Good Friday. 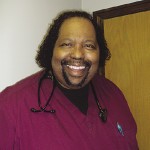 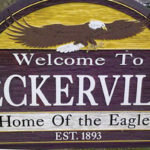 Next Story:
Deckerville Honored with “Community for a Lifetime” Status