DECKERVILLE- The Marion Township Board and Planning Commission came under fire at a pair of public meetings last Wednesday night.
The normalcy of public absence from civic meetings was shattered by attendees numbering above fifty.
A group of citizens mostly from the township, waged a door to door, social media, email and telephone campaign to demonstrate opposition to their two respective government bodies.
The public outcry heard was related to an expansion of the wind energy overlay district map for Marion Township, as well as the now public wind energy site-plan.
Board Chairman Arnold McVittie opened the meeting with a single item of business on their agenda. He immediately called for public testimony from citizens in respect to the expansion of the wind overlay district map.
Marion Township resident and business owner, Jonathon Block was the first to address the audience and township board. He felt that the wind energy district expansion should not be allowed to move forward until the nearly 10-year old zoning ordinance had been updated.
He enumerated several perceived faults with the current law, including setback requirements, de-commissioning bonds, shadow flicker and sound levels. Block advanced an argument that certain members on each panel stood to make personal financial gains from the expansion, and he was not alone in the perception of a conflict of interest. He called for the voluntary abstention and/or resignation of any board member with financial interest in the project.
A current planning commission member added complication and misinformation to the mix, when an outdated copy of the zoning law was distributed to attendees prior to the start of the meeting.
The original ordinances, map and wind energy law began in 2006 when the township adopted the language for the first time. Since then, the wind energy overlay map (2015) and zoning ordinance (2009) have each been modified once including the most recent adoption on Wednesday.
Representatives from the wind energy company have been operating in the area for nearly a decade securing leases from landowners for wind energy generators, transmission lines and substations. Site selection for the windmills has only been recently made public. A total of 68 wind turbines are planned for Marion and Bridgehampton Townships.
After more than an hour of public comment, the township board passed the expanded wind overlay district map by the vote of 4-1. Karl Buhl was the lone dissenting vote.
The Planning Commission also met the same night at the Deckerville Community Center. The meeting immediately followed the board meeting. Again the meeting only had one item on the agenda. The review and consideration of a site plan submitted by wind energy developer Exelon. Again, after a great deal of testimony, the planning commission board approved the site plan by the vote of 3-0, with two abstentions from Jonathon Block and Teresa Stringer.
Many in attendance were calling for a voter referendum in respect to the ordinance.
Jonathon Block stated, “Being a public servant isn’t easy and doing the right thing can mean putting yourself in a difficult situation. I take great pride in serving my community and performing my duties to the highest standards. The overwhelming public support that those of us who are working diligently on this issue have received, has only helped to strengthen our resolve. Many times a public servant’s work goes overlooked, but this issue has struck a nerve in the community and the people of Marion Township will speak, and their voices will be heard.”
Public opposition to these types of utility works is not uncommon in our area. Recently Moore Township voters forced a re-write of their zoning laws in respect to wind energy.
Land owners selected for a wind generator site are not the only ones that stand to benefit from the wind power investment. The taxing government bodies can also expect a bit of a windfall in tax revenue. A recent tax bill sent to ITC Transmission Lines for Watertown Township listed a taxable value of $9 million and 34.54 assessed millage with an invoice amount of $320,772.33. The township itself, is expected to receive $26,600.
According to a Sanilac County official, the overall taxable value listed for the windmills that are currently operating in Sanilac County is $110 million. Taxing bodies will collect $2.8 million this year.
The long term tax revenue outlook for the project is currently being debated as the utilities are arguing for an accelerated depreciation schedule that will remove as much as 70% of the taxes paid within the first 7-10 years. 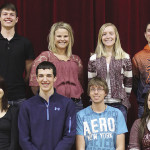