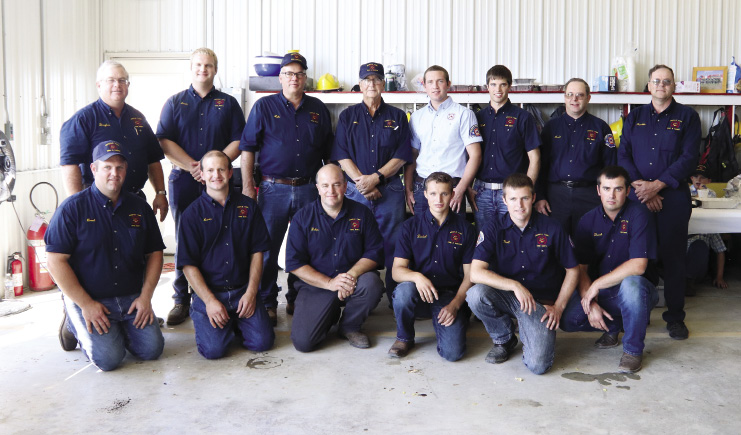 The community of Argyle celebrated its Sesquicentennial (150 years) this past Saturday, with people from all around attending.
The Argyle Fire Department held a Pancake Breakfast, from 8:00 a.m. – 11:00 a.m., which was a huge success (serving approximately 300 people). There was also a Corn Hole Tourney (which lasted into the late evening) at the park and a Tractor Show at the four corners.
Committee members Jeromie Foote, Charlotte Schulz, Jennifer Grifka, Traci Schulz, Sue Janowiak, Ed Pfaff, Ellen Pfaff, Lyle Ramer, John Szymanski, Allison Schulz, Amy Grifka and Johann Schulz had a short six-week period to get it all organized, but pulled it off.
Johann Schulz did a lot of digging and came up with some very interesting information on the area. (The following is a small sampling of what he found out):
Argyle, located on M-19 and Argyle Road, was first settled by people coming from Alsace-Loraine, which is the area on the France-Germany border which follows the Rhine River. Nicholas Seder and his wife emigrated from that area to Baltimore, MD and then to Linden, Ontario. Their son, Jacob, at 30-years-old, his wife, along with their seven children, personal belongings, a cow, chickens and a team of oxen landed by steamship on the docks of Forestville. Going through the government’s 1820 Graduation Act, the couple homesteaded 320 acres in Sanilac County (He and his wife were both able to get 160 acres through the act). They were the first “non-Indians” to become settlers in Section 10, now known as Argyle. They would have to walk 15-25 miles to get supplies in either Minden City or Forestville. Many more German families followed them through way of Canada. By 1863, Scottish families made the trek to the area, one was Alex McLachlin. The town was named after the county, Argyllshire, Scotland, in which he came from.
The homesteaders had a good relationship with the Native Indians that lived in the area, in which they taught the settlers how to tan hides, and the Indians would trade venison (which deer were plentiful) for sugar, flour and salt. Argyle survived both the Fire of 1871 and 1881, although the Fire of 1881 was much worse.
In its “glory days” – a period of time from 1885-1960, there were:
2 bowling alleys, 4 pool parlors, 4 movie theaters, 3 opera houses and dance hall, 3 roller rinks, 6 barbers, 4 makes of cars sold, 4 tractor brand sold, 12 different locations selling farm equipment, 5 different spots that sold gas, 4 blacksmith locations, 4 feed mills, 4 cream receiving spots, 2 ladies dress shops, 2 bank locations, 5 locations for groceries – with many selling alcohol, 4 churches, 6 active schools at the same time, and 3 cemeteries.
In 1900, the population was 1,107, 1920 – 1,026, 1970 – 750 and 2020 – 569.
Although the population has decreased dramatically over the years, the spirit of Argyle has remained, as the community came together to celebrate its heritage this past weekend. 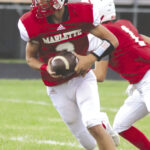 Next Story:
Cell Phone Photography Workshop at the Museum