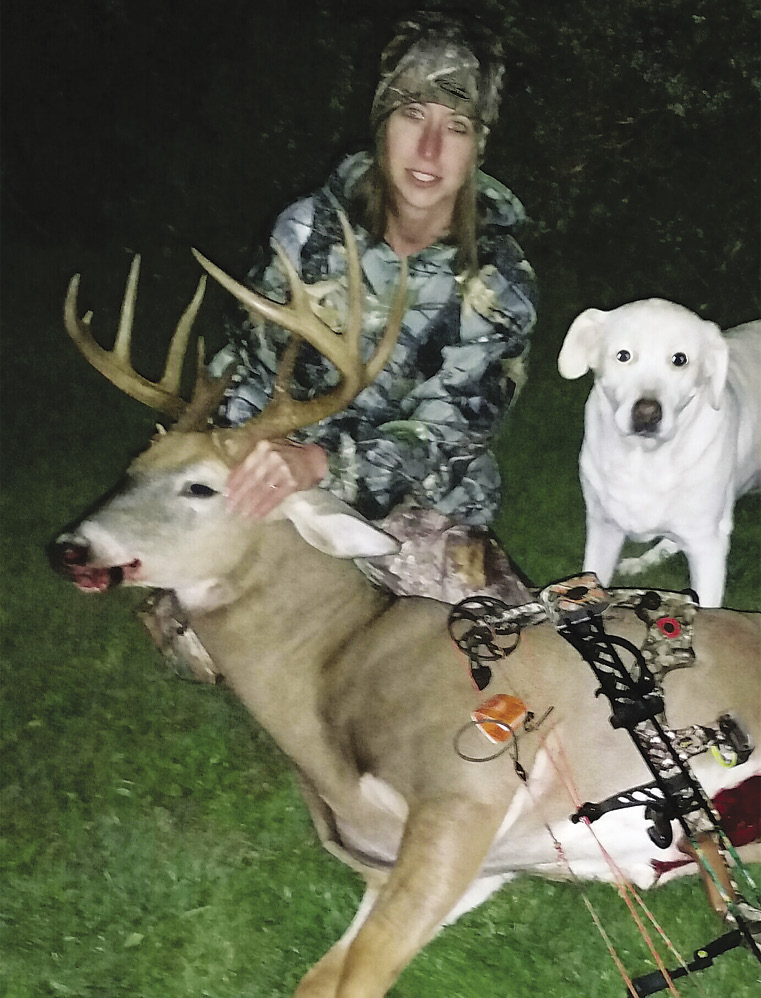 Terri Hendershot, of Fremont Township showed the guys how it’s done. After seeing this dandy of a buck on a trail cam, she had barely gotten settled in her tree stand on Opening Day when this monster 11 point buck paid her a visit. She said she somehow managed to keep calm and watch him approach her stand before finally firing off a 15 yard double-lung shot. The buck went another 100 yards before dropping. Her husband was delayed in getting to help her due to the fact that a buck was bedded down below him at the base of another tree stand. Terri said, “he is an eleven point, scoring 139 1/4 without deductions, 17 inch spread, weighed 180 lbs. Was aged at four years old. He was shot in Sanilac County,” October 1st. 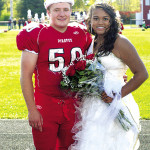