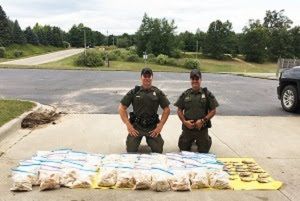 After receiving multiple tips from local anglers about possible over-fishing on Gladwin County’s Lake Lancer, Michigan Department of Natural Resources conservation officers spoke with the suspected man twice in one day while he was at the lake. The second contact of the day led to a voluntary search of the 67-year-old Gladwin man’s garage freezers, where officers discovered a significant number of panfish – ultimately issuing a ticket for illegally taking more than 1,400 panfish.

Conservation Officer Mark Papineau said he had received many reports about a fisherman who frequented the lake.

“The angler’s vehicle often was spotted in the parking lot of a private boat launch and the angler himself was witnessed fishing Lake Lancer several times per day,” Papineau said. Based on the leads, Papineau and Conservation Officer Joshua Wright conducted a marine patrol at the lake the morning of Aug. 14.

When the officers arrived at the boat launch, they saw a vehicle with a boat trailer that matched the reported vehicle description. During their patrol, the officers contacted an angler . The angler presented a fishing license and was found to have 13 panfish in his possession – he was within the daily limit of 25 panfish.

When the officers returned to the boat launch later that morning, the suspect’s vehicle and boat trailer were gone. Checking the area later in the day, Papineau and Wright noticed the angler’s vehicle and boat trailer had returned. After about an hour, the man returned to the dock. Spotting the officers, the Gladwin man immediately said, “I’m not over my limit.” Wright asked him how many fish he had, and he repeated that he was not over his limit.

The conservation officers continued talking with the man and learned that he was in possession of 24 panfish. The angler confessed to the 13 panfish he caught earlier in the day, too, and invited the officers to follow him to his residence to obtain those fish as evidence.

At his Gladwin residence, the man consented to let Papineau and Wright search his garage chest freezers, which held the 19 panfish caught earlier in the day – six additional fish to what the man had originally claimed. Additionally, the officers found more than 70 bags of filleted panfish. The legal panfish daily limit includes 25 per day, in addition to two days’ worth of processed fish. In total, the man exceeded the limit by more than 1,400 fish.

Papineau and Wright confiscated the fish and issued the angler a ticket. Once the fish is no longer needed as evidence, it will be donated to a local food bank or church.

“Thank you to the anglers who reported the suspicious activity to Conservation Officer Papineau,” said Chief Gary Hagler, DNR Law Enforcement Division. “It’s because of honest people like this that Michigan’s natural resources can be protected for and enjoyed by future generations.”

If you witness or suspect a natural resource violation, call or text the Report All Poaching hotline, available 24/7, at 800-292-7800. Learn more about the work of Michigan’s conservation officers at Michigan.gov/ConservationOfficers.

Information provided by the Michigan Department of Natural Resources 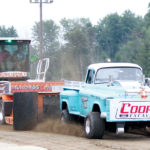 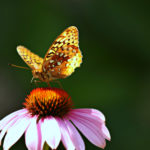