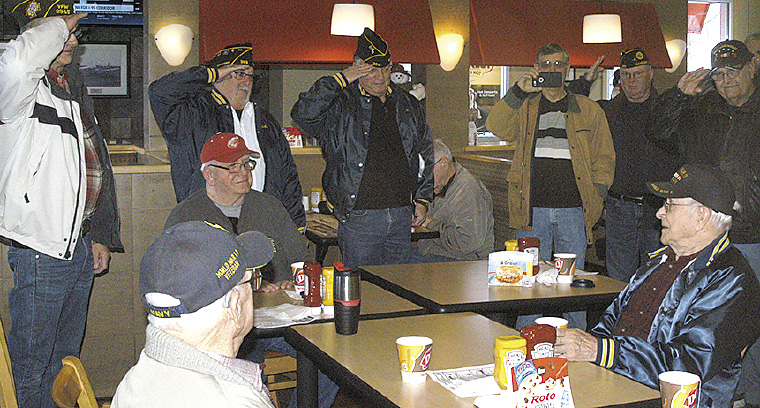 World War II Navy Veteran Jack Kirkbride endured a bit of an ambush last Friday, when others within his ranks of the American Legion Russell Wakefield Post #369 conspired to present him with an award for achieving 50 years of continuous membership.
It was believed that a surprise attack near dawn at the DQ Grill & Chill was the only method that had any chance of success. So, the Veterans began to conspire with Kirkbride’s own sons (Doug and Dave), brother Cal, as well as a pair of members of the print media in order to set their plans into motion.
Ultimately, the Legion was able to present the honor to the 92-year old Sandusky native, complete with a company salute.
The award highlighted 50-years of continuous service, but Kirkbride has racked up a total of 60 years of membership to the Post (following Naval duty in both the Atlantic and Pacific Oceans).
Kirkbride was an interesting man to interview as he reflected upon world travel that included a stop in China, as well as duty aboard four different vessels including the storied Liberty Ships. Kirkbride remarked that the German U-boats were the biggest threat that occupied the minds of the Sailors during that period.
Congratulations Martin J. Kirkbride and thank you for your service. 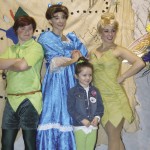