Kris Kosal, Deckerville, represented Michigan at the 2022 National Junior Angus Showmanship Contest, held in conjunction with the National Junior Angus Show (NJAS), July 7-9 in Kansas City, Mo. Forty-two youth from across the country competed for top honors in the 56th annual event.
Kris is the son of Jeremy and Michelle Kosal; he has an older sister, Amanda.
The 17-year-old has been raising cattle with his family since 2010 and has been showing them since 2013. Both watching his sister and friends at shows, Kris became interested in showing too. Both his parents and sister all have major roles in him showing.

In the Michigan Junior Association he has received a lot of different awards as premier exhibitor premier breeder and outstanding junior, and last year he was the overall sweepstakes winner at the county fair.
Kris has shown multiple breeds, but mainly Angus. He shows them because of his friends all over the country and the opportunities that the national association has given the juniors. He has many of the friends because of an event called LEAD (Leaders Engaged in Angus Development), a leadership conference that connects juniors from all over the country. Kris has worked with dozens of cattle and enjoys helping his friends with theirs, too.
The bull that they are presently using for breeding was bought from Doctor Duane Schroeder, but they also have their cattle artificially bred.
Kris spends about an hour and a half per day with the steer he is showing now, and in the spring/summer it is closer to 3+ hours. The steer is kept in a dark/cool place to promote hair growth and optimize feed efficiency and progress.
He shows cattle at the Sanilac County 4-H Fair, and also travels throughout the year to many other places showing them. He hasn’t had any bad experiences showing, but also said, “I’ve been very lucky, because everyone runs into a stubborn one from time to time.”
Kris said that he likes to help other kids because he had a lot of help when he was younger and feels that he learned enough to start giving back what he learned to the younger generation.
The most fun he’s had showing was the week he was just at in Kansas City.
He will be in Lexington, KY this week for the LEAD Conference, where he will attend workshops, go on industry tours and have the opportunity to tour large Angus farms.
When asked what he would say to someone interested in showing cattle, Kris said, “There’s a lot of opportunities and jobs that you wouldn’t believe there are in this industry and you will meet a lot of people that may become life long friends and it’s an experience that you will never forget.
Kris hopes to one day run his own cow calf operation, raising elite show steers and heifers. 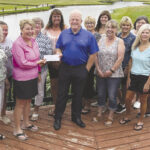 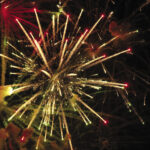