Kritzman-Pozsgay to Retire from DCS 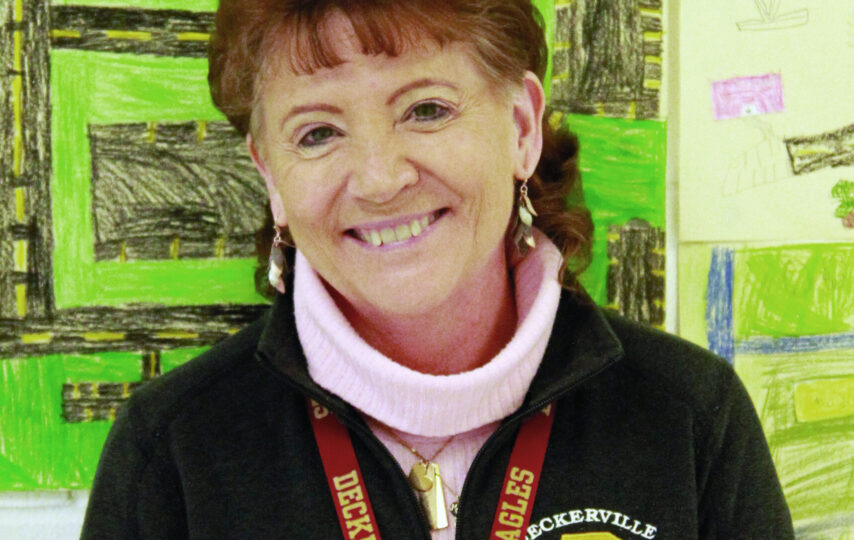 Never planning on moving back to teach in Michigan, Deckerville fourth grade teacher, Nancy Kritzman-Pozsgay did just that, and 22 years later is now retiring. She said, “When I graduated from college and landed my first job in Florida, I had no intentions of ever coming back to our cold, snowy, Michigan winters.”
Kritzman-Pozsgay grew up in Deckerville, on her parents’ dairy farm. She said, “My family and I attended the Deckerville United Methodist Church, I was active in the youth group and sang in the choir as soon as I was old enough. I graduated from Deckerville Community Schools and was class president and salutatorian.”
After graduation, she attended Spring Arbor College (now Spring Arbor University), Spring Arbor, MI from 1978-1982 and graduated with a BA in Elementary Education.
Kritzman-Pozsgay’s first job landed her in South Florida, where she “traded sugar beets for sugar cane”.
Her first teaching job, also in Florida, was from 1982-1988, at Christian Day School, Belle Glade, Florida. She taught five years of third grade, one year of fourth/fifth/sixth grades Math, Social Studies, and Science. She was also the cheerleading sponsor, a bus driver, and secretary of the athletic boosters.
She moved back to Michigan in 1988, teaching in Taylor, from August – December, and was also the cheerleading sponsor. In January – February, she went back to Florida, teaching at Good Shepherd Church of God, Pahokee, FL as a four year old kindergarten teacher for half day and church secretary the other half. Then in March – June, she taught grades – fourth, third and second and one year of Reading Recovery with first graders at Gove Elementary School, Belle Glade.
In August 1998 – June 2000, Kritzman-Pozsgay was at Shadow Oaks Elementary School, Horn Lake, MS, with second and third grade students.
In August of 2000 through the present, she has been back in her hometown. She started in sixth grade, then second, third, and finally fourth grades. While in Deckerville, she put together a science fair, coached the fourth grade Battle of the Books teams for several years, put on the annual Veterans Day program, and coached her fourth graders to winning several area-wide sumdog.com Math contests and this year, winning the State sumdog.com Math contest.
Some of her favorite memories from her years at Deckerville include, “Staff gatherings, especially our elementary potluck lunches, our staff trip to a Detroit Tigers Baseball game, field trips to Project R.E.D. and Greenfield Village/Henry Ford Museum with our fourth graders, watching the fourth graders show off their knowledge at the county-wide Battle of the Books competitions, and listening to them sing Lee Greenwood’s “God Bless the USA” each year during the Veterans Day program. As you can see there are lots of happy memories!!”
After being in the educational field since 1982, Kritzman-Pozsgay said, “Education has changed dramatically since I first started teaching and it’s been quite a challenge to keep up with all the changes. There are many reasons why I’m retiring but after 40 years, I think it’s time to “pass the baton” on to someone younger. I was told that I’d know when it was time and that time has come.”
Her advice to future teachers – “Teaching has always been challenging, but when you watch children succeed and progress confidently at something they’ve struggled with, it’s very rewarding!”
When asked about how things have changes in teaching through the years, Kritzman-Pozsgay said, “Many aspects of teaching, like life in general, have changed dramatically since I began as a teacher but the following are just a few:
Respect for all adults, especially teachers has deteriorated tremendously
Corporal punishment was allowed in schools when I began teaching and very few consequences are allowed for misbehavior presently
Technology consisted of a purple ditto machine to make copies when I first started and now 1 to 1 devices are common in every classroom.
Retirement – “Other than relaxing, reading books for pleasure, gardening, and continuing to sing in the church choir and Deckerville Area Community Choir, I don’t really have any definite plans. I got married during spring break and my husband has traveled extensively and would like to show me some of his favorite places.”
Nancy is the daughter of Dean and Joann Kritzman. She has siblings, Marilyn, Tom (who passed away in 2007), and Tim and his wife, Deb. She is married to Steve Pozsgay III. She has a son, Ben, who lives and works in Ohio.
Andrea McConnachie, the other fourth grade teacher at Deckerville said, “Nancy has been my mentor and teaching partner since I started teaching fourth grade at Deckerville. She was always patient with my endless questions and always there to give me a copy of anything I needed. I have learned much from Nancy with our time together, but the most valuable lesson is to always keep materials because you never know when you might need something! There are some big shoes to fill in fourth grade and I hope I can be as great of a mentor as Nancy was to me.
Kritzman-Pozsgay said, “It has been a privilege and pleasure to have been a part of the Deckerville Community Schools faculty and staff for the past 22 years. Thank you to everyone who has had a part in this extraordinary adventure that has been my life since returning to my home town!!” 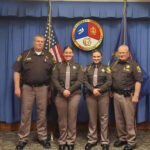