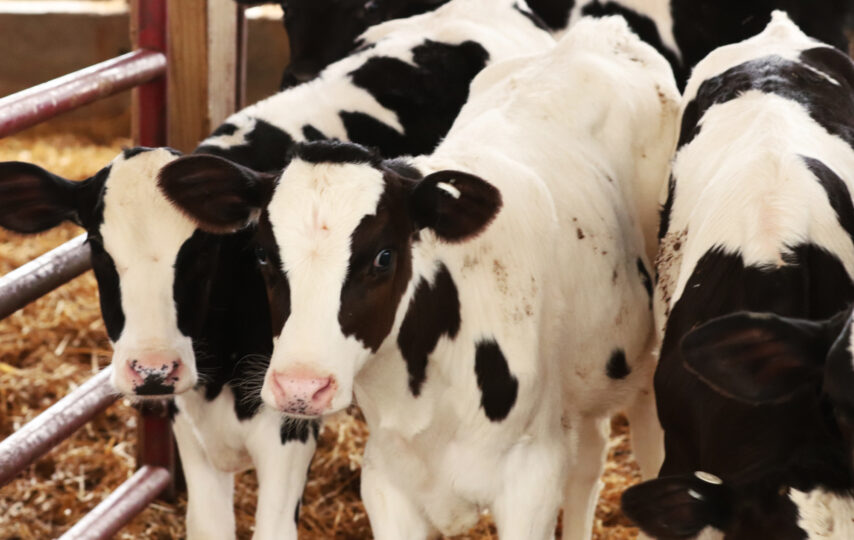 A fifth generation farmer, David Schultz, has a lot to be proud of. Not only does he have a beautiful farm, he has the honors to go with it.

A dairy and crop farmer, Schultz milks approximately 125 cows twice a day, and farms around 800 acres, growing corn, soybeans, wheat and alfalfa. The farm produces 1,200 gallons of milk daily, which is shipped to Ovid, MI.
The farm is a “family farm”. David’s son, Kelton raises the calves, both bulls and heifers, and also buys some from other farmers. He raises the bull “steer” calves to about 500-600 pounds, and then they are sold as feeders. The heifers are raised for the farm. He has been instrumental in the growth of the farm – even with the cost/building of new buildings to house the calves. Kelton’s girlfriend, Hannah, milks cows three days a week and more if needed, and nephew, Stephen, also milks cows. David’s daughter, Adrienne, though not living on the farm, is only a phone call away.
Although the price of milk is good right now, the cost of everything to run the farm has increased dramatically – from the price of fuel for the equipment, to the cost of fertilizer to grow the crops.

Milking cows are selling for over $2,000 right now.
The cows are milked in a double six parlor. The milk is run through a cooler of sorts, which drops the temperature of the milk from the cows (98 degrees) to approximately 70 degrees, before going into the 1,400 gallon bulk tank. The milk in the bulk tank is cooled to 36-40 degrees and has to be cooled to that temperature within a half hour of reaching the tank. The water which cools the milk is reused, being put in watering tanks for the cows to drink. The cows seem to like the warmer water temperature, too. The cows are kept in a free stall barn, where sand is used for bedding to lay on. The barn is scraped twice a day. Big fans are used to keep the barn a comfortable temperature. A nutritionist comes out the farm every two weeks, checking on the rations fed to the cows. The health/comfort of the cows plays a big part in the production of quality milk. The cows are sprayed with a pre-dip and wiped off before being milked. They are stripped before the milkers go on them, the cows are milked 4-5 minutes, with an automatic take-off. After being milked, a post strip is done, and then the cows are dipped again in a dip. Schultz said that he really appreciates the work from Thumb Veterinary Services, Leon Roggenbuck in particular, as he plays a big role in keeping the cattle healthy, thus allowing the farm to get good counts, which allows the farm to be paid a premium for their milk.

Because of the care taken by everyone, the farm has received numerous awards through the years. Just recently, they received a National Dairy Quality Award – “Gold”. This award is given for producing high-quality milk consistently. “Applications are evaluated for measures of quality, systems of monitoring udder health, milking routine, protocols for detection and treatment of clinical and subclinical cases of mastitis, and strategies for overall herd health and welfare”. This is the second time they received this award. Since 2011 (except 2018) they have received MMPA (Michigan Milk Producers Association) Milk Quality Awards, and since 2012, have received Quality Awards from the county.
Farming is not an occupation/job for everyone. It’s definitely not a 40-hour work week. The love of the land and the opportunity to pass that on to another generation is often enough.
“It isn’t the farm that makes the farmer. It’s the passion, hard work and character.” 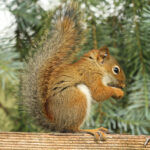 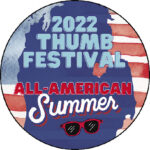 Next Story:
Come to the 31st Annual Sandusky Thumb Festival