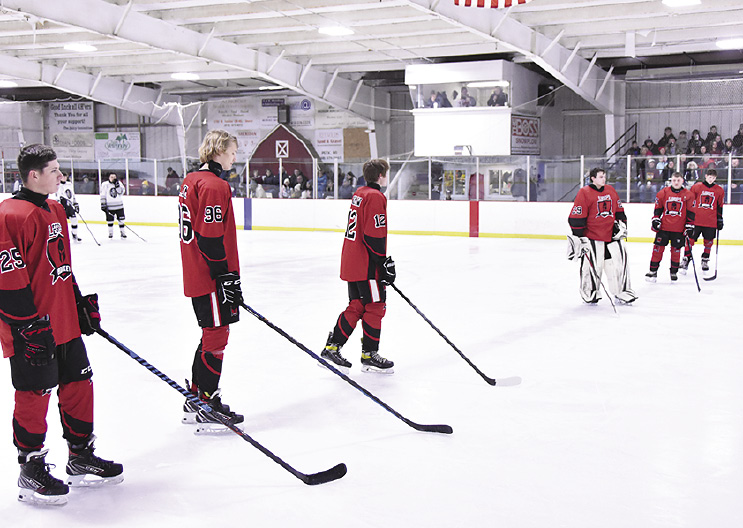 The Eastern Thumb Area Legion held their Senior Night last Friday night with entry sponsored by a local area business. The Legion have five seniors this year, and the seniors each wrote some remarks about their favorite part of their final season so far. Most of the remarks centered around coach Bob Beagle’s magnificent beard. Tyler Lamm, Caleb Lentner, Kendall Dumaw, Seth Hiles, Marshall Ryan, and Wyatt Ryan make up the list of seniors for this year’s Legion squad. Many of the boys plan to attend college next year with a few seeking full time employment instead.
The Legion took an early lead over the Tri-Valley Titans in the first period, after Caleb Lentner stole the puck and got clear on a breakaway. The Titans answered in the second period before things got dicey. The Legion were called for 8 penalties in the game with several questionable calls leading to 19 minutes of box time and 8 power plays for the Titans. The Titans capitalized on 2 of those 8 power plays, scoring 4 goals against the short handed Legion in the third period. The Legion took the loss 5-1 and look forward to a rematch with Titans on February 1st in Saginaw. Caleb Lentner scored the lone goal on the evening, assisted by Tyler Lamm. Seth Hiles tended goal for the Legion, saving 27 of 32 (84.4%) of all shots on goal.
The Eastern Thumb Area Legion hit the road Saturday after a tough loss to the Titans at home on Friday. The Legion took on the North Oakland Eagles at the Detroit Skating club in Bloomfield Township. The Legion racked up the penalties again in this matchup but racked up even more goals, scoring 4 goals in the first period alone. The Eagles clawed their way back with a total of 4 goals in the second and third periods, but could not catch the scoring charge of the Legion, who took the win 7-4. Caleb Lentner earned another hat trick with 3 goals and one assist in the win. Logan Trepkowski, Wyatt Ryan, and Colton Hooper each chipped in a goal. Tyler Lamm added a goal and an assist in the landslide win over North Oakland. Chase Ernest, Ethan Eugster, Jackson Reinke, Marshall Ryan and Matthew Cummings each chipped in an assist in the win. Lauren Eager tended goal for the Legion with 27 saves on 31 (87.1%) shots on goal. The Legion will remain on the road until January 17th, when they return home to face off with the Genesee Generals at 6:30 p.m. at the Colleen J. Howe Arena in Sandusky. The Legion are currently fourth place in the Independents conference with a 5-3-1 record (0-0-1 division). 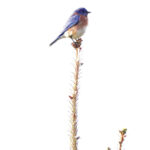 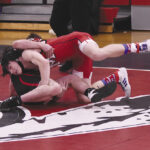