Lone Survivor of ‘66 Shipwreck Passes On 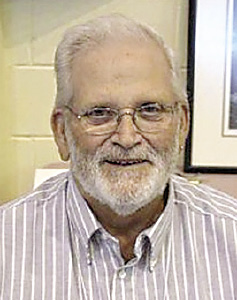 Dennis Hale, sole survivor of the 1966 sinking of the Great Lakes freighter Daniel J. Morrell passed away on September 2, 2015.
The Morrell broke in half and sank off the tip of Michigan’s Thumb, taking 28 of it’s crew of 29 with it. Dennis spent 38 hours on an open life raft wearing nothing but boxer shorts, a life jacket and a wool peacoat before being rescued.
It was a story with every bit as much drama as the 1975 loss of the Edmund Fitzgerald, although in this case there was one man left to tell the tale.
After many years of keeping his silence about the sinking, Dennis finally opened up and told his story in 1996 in the book Sole Survivor, co-authoried by Tim Juhl.
Since then, he has spoken widely and his story has been an inspiration to thousands. He was a frequent visitor to the Thumb, in particular the town of Harbor Beach where he was originally hospitalized after the sinking.
One reason he spent years avoiding the media was because of the story circulated by the press immediately after the sinking that he had survived by burrowing beneath the bodies of his dead shipmates.
Nothing could be further from the truth. For all his time on the raft he lay amongst the other three men who had made it aboard, the last 24 hours he was the only one still living.
Life Magazine did quite a spread on the sinking and it was in the national news for days.
In recent years Dennis and his wife Barb made their home in Ashtabula, Ohio. After a courageous battle with stomach cancer, he passed away at the age of 75.
A private memorial service was held for family and close friends on September 4, 2015 in Ashtabula. A public memorial will be held at a later date at a place and time to be determined. 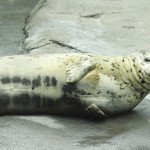 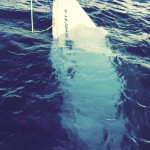