EAST LANSING, Mich. – Aug. 17 – More than 44 percent of athletes at Michigan High School Athletic Association member high schools participated in more than one sport during the 2021-22 school year, according to the Multi-Sport Participation Survey conducted this spring, the fourth such survey conducted by the MHSAA over the last five years to monitor the rate of specialization in school sports.
Early and intense sport specialization has become one of the most serious issues related to health and safety at all levels of youth sports, as overuse injuries and burnout among athletes have been tied to chronic injuries and health-related problems later in life. In early 2016, the MHSAA appointed a Task Force on Multi-Sport Participation as part of a continued effort to promote and protect participant health and address the issues leading to early sport specialization. The annual Multi-Sport Participation Survey, first conducted for the 2017-18 school year, was among results of the task force’s work. (No survey was conducted for 2019-20 as spring sports were canceled due to COVID-19.)
The MHSAA 2021-22 Multi-Sport Participation Survey received responses from 85 percent of member high schools, the highest response rate of the four years the survey has been conducted. Survey results showed a slightly lower percentage of member high school students participating in athletics compared to the inaugural survey in 2017-18 – but a higher percentage of multi-sport athletes among those playing at least one sport.
For 2021-22, schools responding to the survey showed 40.4 percent of their students participated in athletics during the last school year – 43.5 percent of boys and 37 percent of girls. Class D schools enjoyed the highest percentage of athletes among the entire student body, at 51.8 percent, followed by Class C (47.8), Class B (41.3) and Class A (37.7).
Those percentages – total and by Class – all were slightly lower than what was produced by the 2017-18 survey, which saw 42.5 percent of students total participating in athletics. However, the percentage of athletes competing in multiple sports in 2021-22 was higher than in 2017-18, 44.3 percent to 42.8 percent.
For 2021-22, 46.5 percent of male athletes and 41.4 percent of female athletes played multiple sports. Class D again enjoyed the highest percentage of multi-sport athletes among this group, at 60.8 percent, followed by Class C (58.5), Class B (49.5) and Class A (36.7).
Similar results for overall sport participation and multi-sport participation relative to enrollment size were seen by further breaking down Class A into schools of fewer than 1,000 students, 1,000-1,500 students, 1,501-2,000 students and more than 2,000 students. For both sport participation as a whole and multi-sport participation specifically, the smallest Class A schools enjoyed the highest percentages, while percentages then decreased for every larger size group of schools. This has remained consistent over the last five years.
“The multi-sport participation survey again shows that student-athletes across the state continue to focus on participation in several sports and the benefits that come with that participation for their school teams. What the numbers don’t show is the behind-the-scenes benefits of multi-sport participation,” said MHSAA assistant director Cody Inglis, who has served as coordinator of the multi-sport task force. “So many student-athletes see great success on and off the field with their teams, teammates, friends and peers while also developing the lifelong lessons that sports done right provide. We continue to believe and know that student-athletes who are involved in multiple sports are more successful, benefit from the variety of sports and see huge long-term benefits.”
The MHSAA Task Force on Multi-Sport Participation also recommended measuring multi-sport participation in MHSAA member schools to recognize “achievers” – that is, schools that surpass the norm given their enrollment and other factors that affect school sports participation.
In Class A, Bay City Central (78.7) and Livonia Franklin (77.7) posted the highest percentages of multi-sport athletes in 2021-22, with Clinton Township Chippewa Valley (75.6) and Parma Western (75.4) also reaching 75 percent. In Class B, four schools achieved at least 80 percent multi-sport participation – Brooklyn Columbia Central (85.8), Detroit Southeastern (84.6), Warren Michigan Collegiate (84) and Durand (82.6).
Class C saw five schools with more than 80 percent of its athletes taking part in more than one sport: Brown City (95.7), Decatur (87.4), Niles Brandywine (85.6), Ishpeming Westwood (83.2) and Flint Beecher (80.4). Five Class D schools responded at higher than 90 percent multi-sport participation, with Coldwater Pansophia Academy and Kinross Maplewood Baptist both reporting 100 percent of their athletes played multiple sports. McBain Northern Michigan Christian (98.6), Ewen-Trout Creek (94.3) and Detroit Douglass (91.7) were the next highest on the Class D list.
A total of 10 schools have appeared among the top 10 percent in their respective classes for multi-sport participation three of the four years of the survey: Battle Creek Harper Creek, Detroit Cody, Gibraltar Carlson, Grand Rapids Northview, Hamtramck, New Baltimore Anchor Bay, Ovid-Elise, Warren Lincoln, Athens and Maplewood Baptist.
The MHSAA is a private, not-for-profit corporation of voluntary membership by more than 1,400 public and private senior high schools and junior high/middle schools which exists to develop common rules for athletic eligibility and competition. No government funds or tax dollars support the MHSAA, which was the first such association nationally to not accept membership dues or tournament entry fees from schools. Member schools which enforce these rules are permitted to participate in MHSAA tournaments, which attract more than 1.4 million spectators each year. 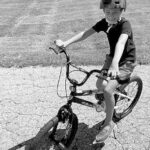