On July 7, 2015 at approximately 6:55 a.m., Sanilac County Central Dispatch received a 9-1-1 call reporting a one vehicle personal injury accident on Sanilac Road near Decker Road in Sanilac County’s Lamotte Township.
According to Sheriff’s Deputies a 2004 Chrysler PT Cruiser, driven by 17-year-old Katelyn Frostic of Applegate, was traveling east on Sanilac Road when she fell asleep. After the driver fell asleep the vehicle left the roadway and entered the north ditch where it continued to travel East until the vehicle struck a field drive embankment. After the vehicle struck the embankment it went airborne and overturned. Frostic was transported to Marlette Hospital by Marlette EMS for treatment. It appears that seatbelts were not used during the crash.
Sanilac County Deputies were assisted at the scene by Lamotte Fire Department, Marlette EMS.
Authorized by Lt. Charlene Washkevich 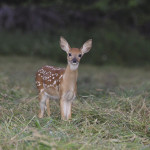