Sanilac County Prosecuting Attorney, James V. Young announced on December 1, 2015 that Laken Williams, age 20 Of Lexington, Michigan pled guilty to two (2) counts of reckless driving causing the deaths of Danielle Torrez, age 17, of Croswell and Dakota Moore, age 18, of Applegate. Reckless Driving causing death is punishable by 15 years and/or $2500.00 – $10,000.00 fine. Two (2) other charges of false report of a felony and lying to a peace officer were dismissed.
The conviction stems from a traffic crash which occurred on October 28, 2014 at 11:07 p.m. Ms. Williams was driving her vehicle at a speed of 100 miles per hour on Roach Road, a gravel road outside of Croswell when she lost control. Her vehicle left the roadway and began flipping, coming to rest some 500 feet from where it left the roadway. Ms. Torrez and Mr. Moore, passengers in the backseat of Ms. Williams vehicle were ejected from the vehicle and found deceased 53 feet from the vehicle.
Mr. Young stated “That the teens’ deaths were tragic and clearly preventable. Poor judgment combined with a high rate of speed caused the deaths of two young teens and destroyed the life of another.” He said, “I hope all young people take the message of this case to slow down. I do not want to see another young person die from such a senseless event.”
The excellent investigation was handled by the Sanilac County Sheriff’s Office under the direction of Deputy James Sanchez and Deputy Kevin Nowiski, with assistance from Croswell Police Department, Michigan State Police, The Michigan State Police Crime Lab, Deputy Russ Nowiski of The St. Clair County Sheriff’s Office, Croswell Fire Department and Ambulance Services, and Dr. Kanu Virani, Oakland County Medical Examiner.
Sentencing is scheduled before Circuit Court Judge Donald A. Teeple On February 3, 2016 at 9:00 a.m. 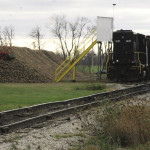 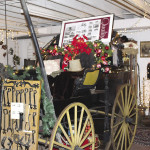