There was a flurry of activity within Watertown Township government recently.
The Planning Commission met in regular session on Thursday night and approved another six month solar development moratorium.
Township planners were prohibited from meeting publicly by both the Governor and Health Department for much of 2020 due to COVID. Deliberations of this kind must be held in public to satisfy the requirements of the Open Meetings Act.
Planning Commission Chairperson William Dixon called the meeting to order at 6:00 p.m., and after the Pledge of Allegiance resigned as the Chairperson due to being elected to the Township Board of Trustees. State law allows one person from the township board to serve as an ex-afficio member of the Planning Commission, but not as the chairperson.
Dale Schoen then assumed the Chairperson position and continued the meeting.
A larger than normal number of public attendees were present for the meting with five requesting time to address the commission during the public hearing.
First was Ken Lansburg: Elmer Twp resident & Watertown Twp. landowner. He would like to see a new ordinance within two months. He, along with many other property owners in the township, have active lease agreements with Samsung Renewable Energy for a large scale (200MW) solar power installation. He also extolled the agricultural benefits of resting farm land from crop production as well as improving pollinator habitat. Landsburg also pledged a land donation of 120 acres for public use as part of the potential Samsung development.
Brian Anklem: Elk Twp Trustee. Stated that Elk Twp. is also working on their own solar ordinance and is also currently under a solar moratorium. He also stated that several landowners in his township have lease agreements for solar development and also expressed a desire to work in cooperation with Watertown Township as they are neighbors immediately to the south.
Jim Pomillo: Samsung RE. Would like to see 125 foot setbacks maintained as part of the new solar ordinance, but stated that his company wants to be respective to, and work with, neighboring property owners. He also stated that maintaining correct property drainage was a development priority. All drain tiles will be mapped, relocated if necessary, and maintained throughout the life of the project. He stated that he has met with several local, county and state government agencies about the Watertown Twp. project and offered himself as a resource to the Planning Commission should they want to consult him. He also stated that the original solar ordinance was used for the preliminary engineering and design and asked the group to advise him if any significant changes were made.
Dr. Chris Powell: Delaware Twp resident & Watertown Twp. business owner/land owner. Has serious concerns about large scale solar development. Normally, he describes himself as property rights advocate, but in this case, he would like to see an ordinance that does what is best for the community, because the residents could be living with it for a long time.
Lastly, Jason Radloff: Watertown Twp. Resident & landowner. Asked what is our current ordinance? Answer: Moratorium.
The commission went on to approve both a commercial land use application by Jeff Renaudin for the construction of another storage building at his business on S. Sandusky Road and the six-month Solar Moratorium.
The Planning Commission will meet each month on the third Thursday at 6:00 p.m., or until the new solar ordinance is finished.
Township attorney Kyle O’Mara, also present, was consulted prior to establishment of three workgroups for Solar Ordinance language creation.
Chairperson Schoen then formed the groups and assigned ordinance language sections to each group as follows:
Fetting & Batkie: Height, Glare, and Development Agreement. Schoen & Campbell: Decommissioning, Greenbelt, Enforcement, and Density. Danek, Stoutenburg & Dixon: Recycling, Setbacks, Fees, Economic Impact, and Visual Screens. Other sections will be examined upon completion of first tasks assigned.
The Township Board of Trustees approved their annual budget on Thursday and approved the installation of Gary Fetting to the Planning Commission. The vacancy was created with the retirement of long-time planning member Sheila Coats.
The 2021-22 budget includes a line item for a free dump day at the township hall, intended to be used to clean up some old items that are no longer being used.
Township Supervisor Scott Franzel hopes to round up a team of volunteers to help residents clean up their property. An effort to try to eliminate blight.
Franzel stated, “We would like to replace all the old wood road signs with new larger signs that are easier for emergency vehicles to read during response.”
A lighted message sign for township is also under consideration,
The board plans to continue improvements to the local roads to help facilitate future growth.
Watertown Township Board members would also like to hear from the residents and welcome them to attend the monthly board meetings at 6:00 p.m., on the first Tuesday of each month .
FULL DISCLOSURE: The author of this article William R. Dixon is also a member of both the Watertown Township Board of Trustees and Planning Commission. 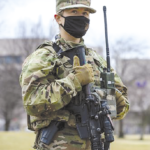 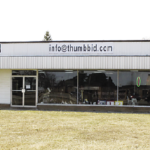