CLOSE SHAVE: An errant deer smashed through the plate glass front window at Mark’s Barber Shop in downtown Sandusky on Monday. The barber shop, usually closed on Monday was occupied by proprietor Mark Heberling and local artist Suzan Emerich discussing the commission of a wildlife mural. Reportedly, the same deer was responsible for an earlier incident at Chase Bank where it crashed through a window at the bank and injured the branch manager. The calamity prompted a search by all three branches of local law enforcement to no avail. The suspect doe remains at large. 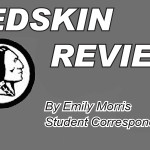