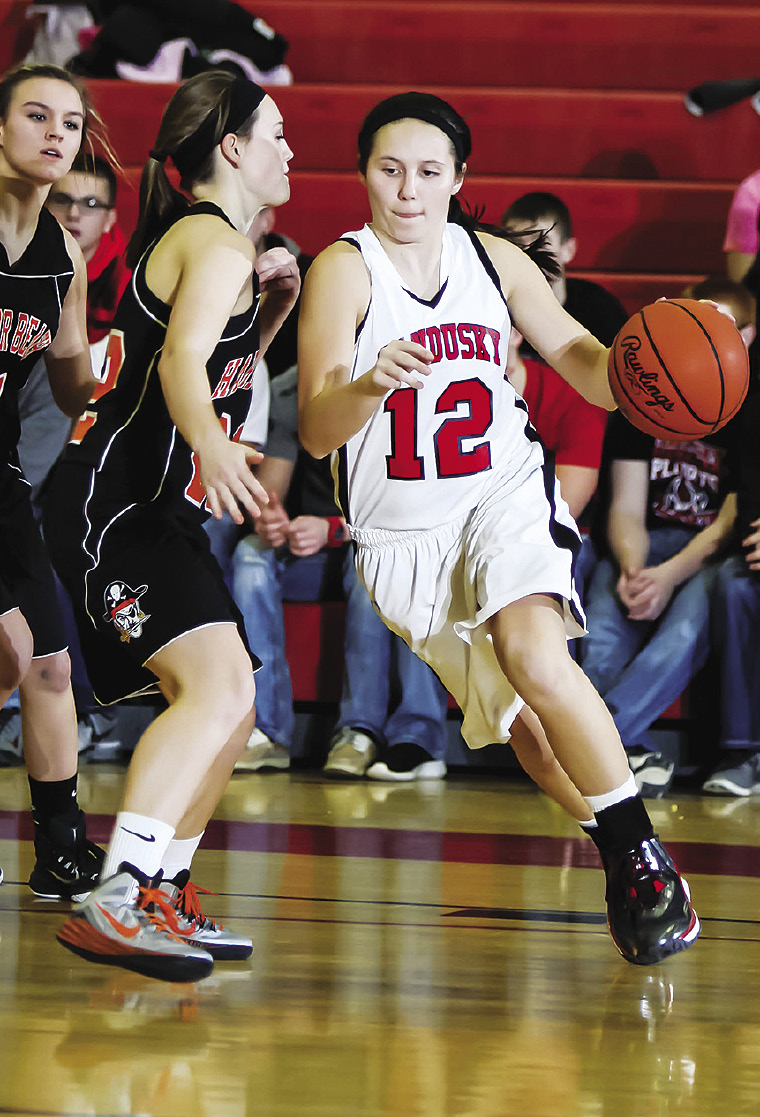 Rack up two more wins for the Sandusky girls basketball team. The Lady Redskins improved to 10-1 overall following a 63-30 win over BWAC member Richmond and a narrow 46-40 win over Harbor Beach in GTC-East action Thursday night.
“The Harbor Bach game was a tough one,” Sandusky Coach Al DeMott admitted. “We trailed for parts of the game but hit a streak there in the third when we got back in front and were able to hold on Harbor Beach is a very good team.”
Friday night, the two teams battled to a 8-8 tie and the visiting Lady Pirates held a narrow 17-16 edge at the half. A 17-13 advantage in the third put Sandusky back on top and a 31-23 second half performance was just enough for the Lady ‘Skins to nail down an important league win.
Sophomore Haley Nelson played perhaps her best game of the season, ripping the nets for 26 points and grabbing 13 rebounds. She was a perfect 14 for 14 from the free throw line. Fellow sophomore Madysen Jansen drained 11 points and had eight boards. The Sandusky girls were a blistering 20 of 23 from the free throw line in the game.
In their win over Richmond, Sandusky exploded for a 20-4 first quarter lead and dominated the Blue Devils the rest o the way. The Lady Redskins led 31-13 at the intermission and used a 16-3 onslaught in the third quarter to coast to the win. Nelson, who led all scorers with 18 points, tossed in 10 points in the first half while Jansen scored nine of her 14 points in the first quarter. The duo combined to score 13 of their team’s 16 third quarter points. Ceirra Phillips added nine points and Gabrielle Gough chipped in with seven. Sandusky went 14 of 14 from the charity stripe and made 25 of 53 shots from the floor. 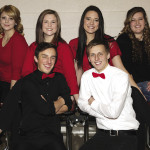