The Sanilac County Drug Task Force has wrapped up another busy year. The DTF received 252 verifiable tips in 2014 and 204 separate complaints. Furthermore, 67 undercover drug buys were made and 28 searches were conducted. As “Legal” Medical Marijuana grew in the county, Drug Task Force investigators saw an increase in consent searches by property owners. They reported 594 registered Medical Marijuana patients in 2014 and 144 registered care-givers in the county. The DTF was involved in the arrests of 88 individuals over the year. Finally, the Drug Task Force’s school counseling services program received an A grade from Brown City, Sandusky, Deckerville, Croswell-Lexington, and Peck.
Looking forward to 2015, the Drug Task Force believes that illegal prescription drug abuse and the appearance of the three “Meth Labs” that were found and seized in Sanilac County in 2014. The force will continue to market the DEA Drug Task Back Day as one way to help remove drugs from homes that might find themselves in the hands in the wrong hands. Furthermore, the DTF will continue to educate and counsel children in order to assure that they make better choices. The force will also continue to provide training for the local Sanilac County first responders, including Law, Fire, and EMS, on safety and proper approach to the “Mobile” and building meth labs. The Drug Task Force spent a total of $12,241.13 from their forfeiture funds of $57,441.90 in 2014.
The Drug Task Force made several changes over the year. With the assistance of ITT Nancy Rich and Central Dispatcher Administrator Dawn Cubitt, the force was able to connect the Sheriff’s Office Report and Data Information from New World into the DTF laptops and desktop computers, providing the force access to bookings, reports, and evidence filed with the Sheriff’s Office main computer system. The DTF also purchased a new Wi-Fi router that is connected to the County Courthouse’s access location and new Digital Recording equipment, providing clearer recordings and allowing taped interviews to be saved onto the computer hard drive.
The members of the Sanilac County Drug Task Force thank-you for your support. All information courtesy of James H. Johnson, Director of the Sanilac Drug Task Force. 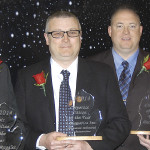 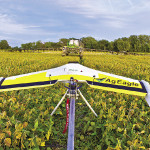 Next Story:
Schmidt Approved to Fly Drones for Agriculture Mapping