Eagles soar to win over Cardinals 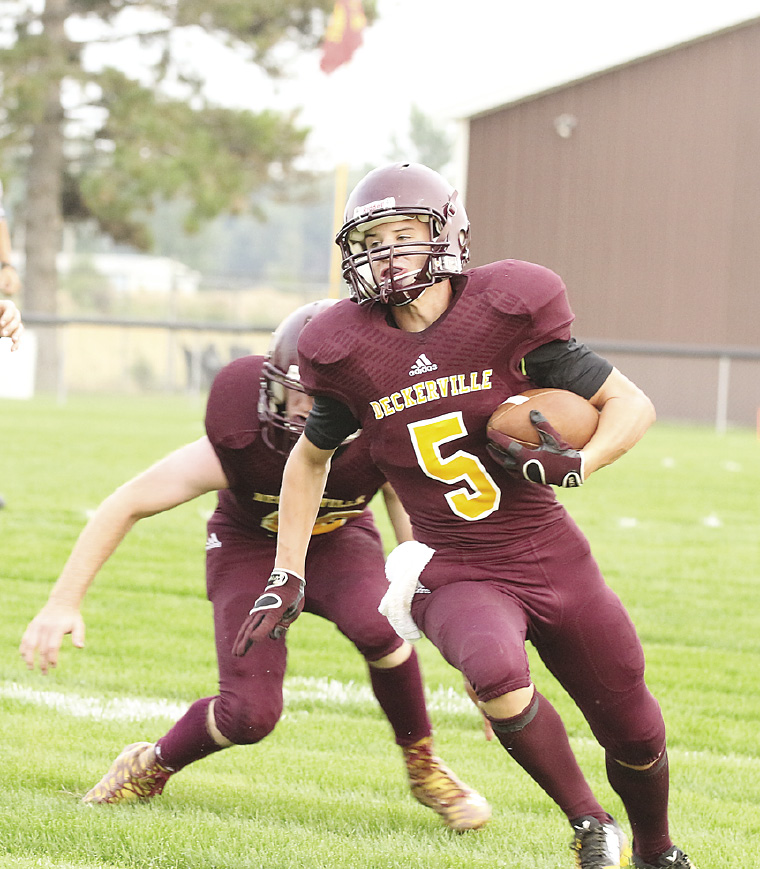 A 30 point explosion in the second quarter helped spark the Deckerville Eagles to a 42-0 victory over Kingston in high school football action last week.
After playing to a 0-0 stand-off in the opening period, the Eagles punched in three Tds, including a 42 yard pass play from Brandon Pattullo to Austin Spaetzel for their first score of the night.
Austin Fritch followed that score up with a 24 yard sprint to the endzone (Pattullo PAT run) and Pattullo scored a TD of his own on a 20 yard run as Deckerville took control of the game. Jared Philpot scored on a three yard run in the third period and added his second score of the night to cap the scoring, this one coming on a 13 yard dash across the goal line.
Fritch paced the Deckerville ground game with 174 yards rushing and Philpot added 75. Spaetzel had 42 yards receiving, lifting the Eagles to 387 total yards of offense against the Cardinals.
Deckerville returns to action Thursday night, traveling to neighboring CPS for an eight man battle with the Tigers
They return home the following week for a contest against Marian. 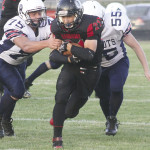 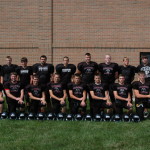