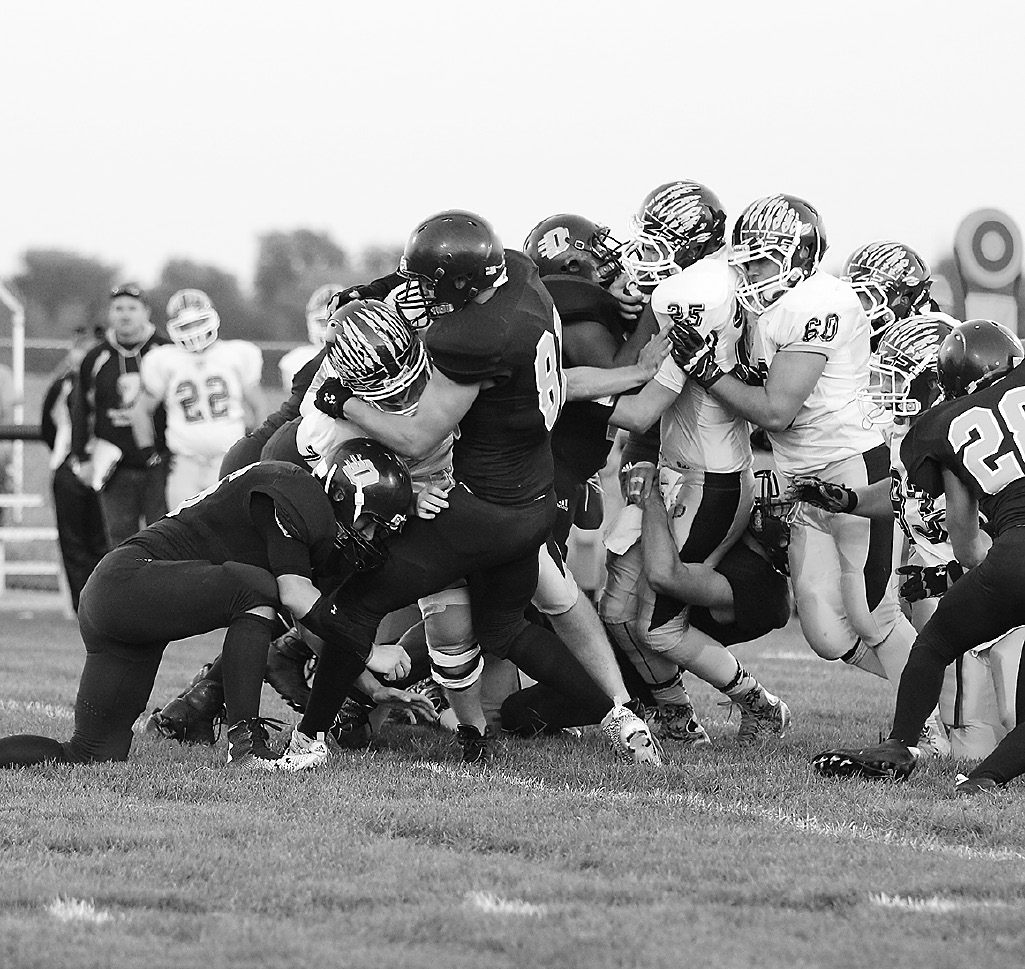 The Varsity football team traveled to Morrice to take on the Orioles on Friday night, and came home with a four-point loss.
Deckerville had the lead for the first three quarters of the game, 14-12 after one quarter, 30-18 at the half, and maintaing that same score through the third quarter. Morrice controlled the scoring in the fourth quarter, scoring 16 points, with their defense stopping the Eagles’ offense.
The Eagles were stopped on four pass attempts and turned the ball over with 46 seconds left on the clock. Morrice ran the clock out for the win.
In the first quarter, Morrice scored first on a 95-yard yard on the kick-off return. The PAT failed. Deckerville scored the next two touchdowns, on an Austin Fritch 57-yard run, PAT failed and a 5-yard Brandon Pattullo run. The PAT was good. Morrice finished the scoring in the first on an 83-yard pass, with their PAT failing.
Deckerville had the first two touchdowns in the second, on a 9-yard Austin Spaetzel run, and the PAT was good. They scored again on an Austin Fritch 85-yard run, with the extra points giving the Eagles a 30-12 lead. Morrice scored a touchdown on a 47-yard pass, but the PAT failed.
Neither team scored in the third, but a fumble on Deckerville’s 22-yard line stopped a good scoring drive.
Morrice scored on an 11-yard pass with 5:42 left on the clock, and the PAT was good. The Eagles still had the lead, 30-26, but with 1:10 left on the clock, the Orioles scored the final touchdown of the night on a 42-yard pass, and good PAT.
The Eagles were 11-48-301 rushing, and were 7-2-42 yards passing, for a total of 343 yards. The Orioles were 6-23- -46 rushing, and were 24-17-311passing, for 265 yards. Deckerville had three penalties for 25 yards, Morrice 7-40.
Austin Fritch led the Eagles rushing 12-155; Brandon Pattullo 10-36; Jared Philpot 15-50; Wade Saldana 8-37; and Austin Spaetzel 3-23.
The Eagles are home on Friday, taking on Madison Academy/Burton. 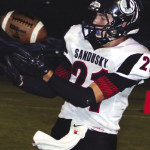 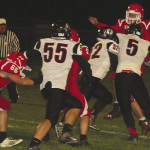