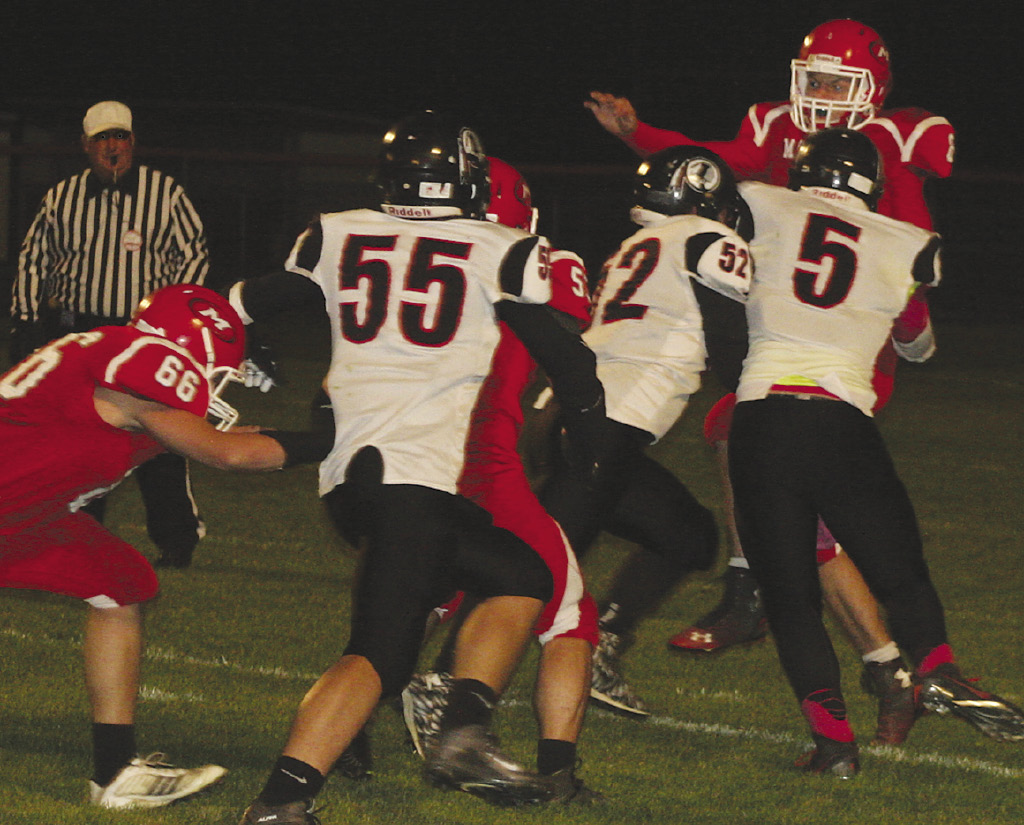 At the start of the season, Coach Craig Jacobson and his Sandusky Redskins football squad set several goals heading in to the 2015 season, Following Friday night’s 48-6 thumping of GTC-East rival Marlette, the ‘Skins can now check off play off qualification from their list of things to accomplish this season.
Sandusky, as a result of the lopsided win, is now 6-0 overall and 3-0 in conference play. They have now won 11 consecutive regular season games. With their play-off ticket punched, they now turn their attention to Brown City this week, with hopes of continuing their winning streak to help secure home field advantage in the play-offs. A league championship also awaits them, should they be able to keep their winning ways in tact.
“We just are taking them one game at a time,” cautioned Jacobson. “We discussed this at the start of the year, taking each opponent individually. Our league is so balanced this year, anyone is capable of knocking off someone on any night. It’s really true this year. We just have to go out, do our jobs, execute our plays offensively, play solid defense and stay away from mistakes and penalties. The rest will take care of itself.”
Friday night, Sandusky showed a new twist to their offense, going to the airwaves against the Red Raiders. They mixed in a taste of their usual powerhouse running game along the way to turn the contest into a runaway by halftime, leading 42-0. Senior quarterback Brandon Potter hooked up with senior wide receiver Danny Hale on two pass plays, one going for a 63 yard touchdown, to spark the passing game.
Casey Hyatt continues to impress the Sandusky coaching staff and fans with his running. The Carsonville- Port Sanilac transfer rushed for 99 yards on just five rushes, scoring two touchdowns. His first came in the first quarter on a 35 yard run around end while the other was an eight yard run off the right side.
Chase Tucker, still nursing a minor injury, made it a 15-0 game still in the first quarter of the Red Raiders homecoming contest, diving up the middle from a yard out. Following a nice pass play from Potter to Hale that covered 58 yards, the same duo connected on the next play for a 1 yard scoring strike as Sandusky opened up a commanding lead.
In the second quarter the same senior connection struck for Sandusky, this one on a 63 yard beauty where Potter hit Hale in stride at the ten yard line. Hale made one side-step move to his left and walked into the endzone untouched. With the clock winding down to halftime, Potter showed off his strong leg, drilling a 28 yard field goal as time expired to build the Redskins lead to 42-0.
With both sides playing reserves for much of the second half, with a running clock, the only scoring came in the fourth quarter. Joe Stone, who had 48 yards rushing for the Redskins, scored from four yards out before Marlette got on the board with a 15 yard scoring run by Chorben Chisolom.Marlette Coach Denny Lester admitted, “Sandusky is the best team we have seen this year. They come off the ball well. Their running backs run hard. We have to keep working hard. We are in quite a rut. Hopefully, we can come back and have a great week of practice.”
Sandusky will play in their third consecutive homecoming contest, battling Brown City Friday night in hopes of inching closer to a league title. Marlette hope to get back on the winning track when they host Memphis. 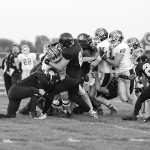 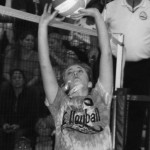