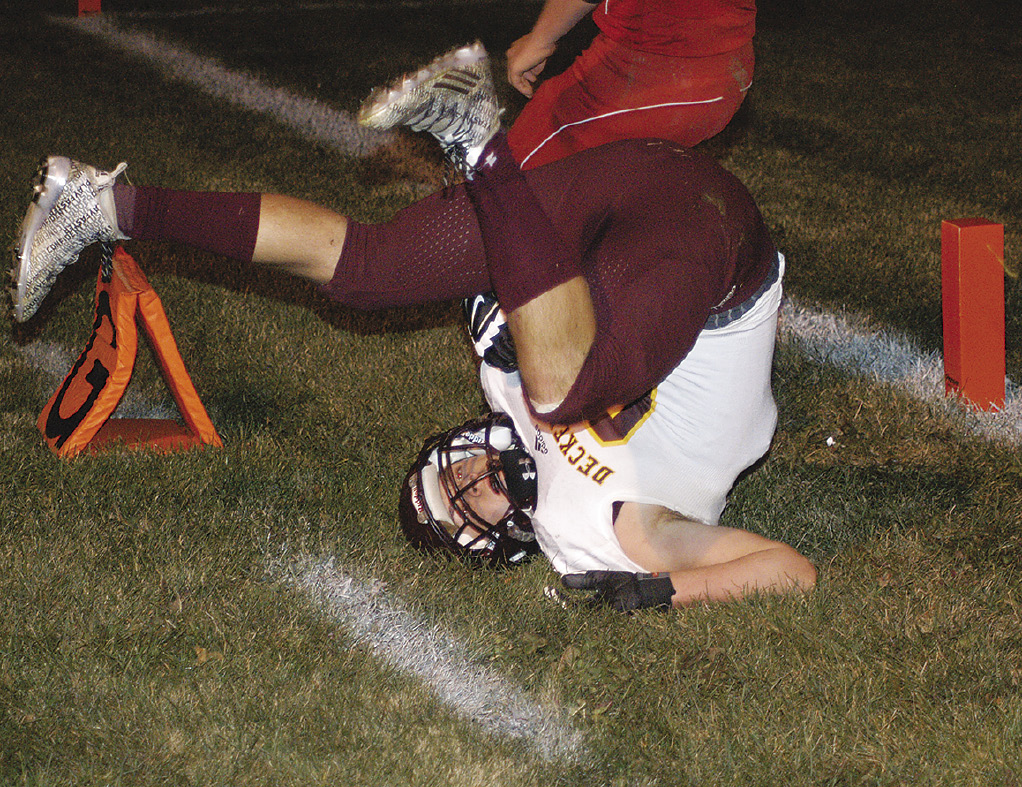 The Deckerville Eagles were on the road Friday, and defeated the Peck Pirates in a lopsided game, 50-6, giving them at least a share of the conference. (If they defeat Dryden Friday, the Eagles will win the conference outright).
The Pirates scored their lone touchdown in the second quarter, on a 63-yard run by Nathan Rosenthal, with the PAT failing.
The Eagles controlled the field all night, both offensively and defensively, getting 402 yards for the night, and holding the Peck Pirates to 73 yards.
First quarter scoring came from Austin Fritch with a 22-yard run for a touchdown, the PAT was good; a Brandon Pattullo 24-yard run, and a good PAT; and a 1-yard run by Austin Spaetzel run, giving the Eagles a 22-0 lead.
The Eagles scored first in the second quarter with Jared Philpot 1-yard run, and another good PAT. Peck’s Rosenthal finished the scoring in the second quarter, running 63 yards for a touchdown. The Eagles led 30-6 at the half.
Brandon Pattullo was the lone scorer in the third quarter, scoring on an 8-yard run (PAT good) and a 1-yard run.
The lone touchdown in the fourth came from Deckerville Eagle Wade Saldana, running in for a touchdown. The PAT failed.
Deckerville had 19 first downs in their victory, rusing 52-344; they were 4-4-68 passing. Austin Fritch led the Eagles rushing, 17-129, he was followed by Jared Philpot, 14-75. Wade Saldana added the yardage, he was 9-49; Brandon Pattullo 6-39; Austin Spaetzel 6-36; Cole Romzek 2-14; and Chayse Pattullo 1-2. Of the 68 yards of passing, Austin Spaetzel was 2-29; Wyatt Janowiak 1-28; and Jared Philpot 1-11.
The Eagles had 5 penalties for 50 yards.
The Peck Pirates had two first downs, were 24-73 rushing, and didn’t have any attempted passes. Hunter Welsh carried the ball eight times, getting 6 total yards; Nathan Rosenthal was 16-67.
The Pirates were 5-40 in penalties for the night. 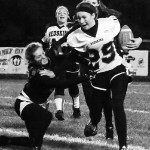 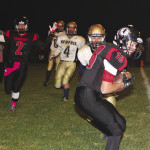