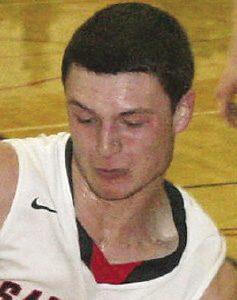 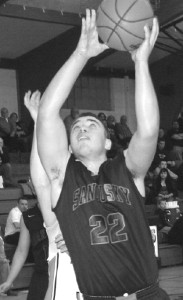 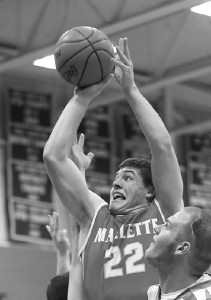 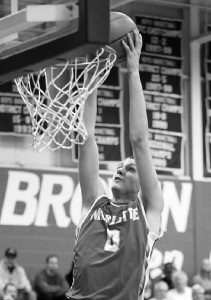 It was another bruising season on the hardwood for the GTC-East boys teams and now that the dust has settled, post season honors have been doled out, including all-conference selections.
The Harbor Beach Pirates won the league championship with a perfect 10-0 mark while Sandusky and Marlette finished in a second place tie with identical 7-3 marks. The Redskins defeated Marlette two of the three times the squads played, including the dramatic district final in Brown City when Sandusky’s Connor Green hit a shot as time expired to send the ‘Skins on to regional action.
Among those landing spots on the GTC-East first team were Danny Hale of Sandusky and Marlette’s one-two combo of Andrew Storm and Connor Thomas.
Hale, a 6’1″ junior blossomed as the year rolled on, dominating opponents. He finished the season averaging 15 points per contest and had 5 boards a game. His season best was against the league champs when he pumped in 22 points.
Storm, a 6’3″ junior averaged 15 points per contest along with 4 rebounds and four assists. His teammate, Thomas, was a one-man wrecking crew inside the paint averaging just over seven boards a game and scored at a 11 point per game clip. His season high was 20 points in an overtime thriller over Sandusky in the regular season.
Others on the first team were Jeffrey Randolph of Brown City, Kurt Kubacki of Ubly and Josh Schelke of Harbor Beach. Second team selections were Brandon Potter of Sandusky, Brown City’s Austin Hoff, Jeffrey Wright of Ubly and the HB trio of Austin Seltz, Dalton Okie ( a former Sandusky Redskin) and Cody Siemen.
Honorable mention went to Jacob Lasecki, Josh DeKam and Joe Stone of Sandusky, Marlette’s Isaac Dale, Austin Redman, Hunter Kelly and Ethan McKenny, the Brown City trio of Justin McPhail, Caleb Muxlow and Joey Hagner, Jonathan Bischer of Ubly, Conner Newlands and Kyle Deckard of Memphis and Jason Gaffke of Harbor Beach. 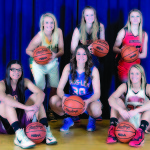