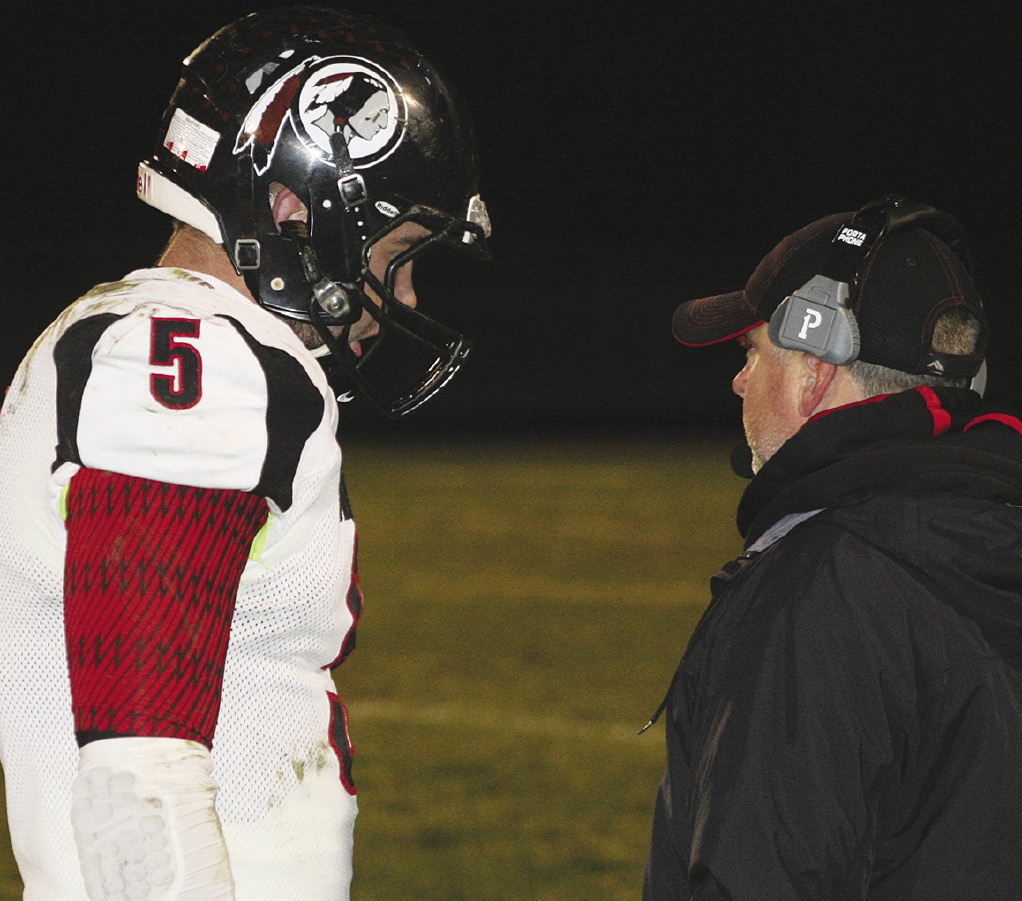 The 2015 varsity football team is not the only ones receiving post season accolades. For a team to have the success the Sandusky Redskins enjoyed this past grid season, it takes a strong coaching staff to lead the way.
Varsity Coach Craig Jacobson’s efforts have not gone unnoticed by his peers and state officials. Jacobson, who guided the ‘Skins to a perfect 9-0 regular season and an 11-1 overall mark which included league and district championships, has been named as the recipient of the Region 11 Coach of the Year. Two coaches from a pool of 28 area programs received the honors last week.
“We are real proud of Craig and his staff,” said Sandusky Athletic Director Al DeMott. “They’ve all done a great job and especially Craig. He gave a lot of time to work with his coaches before the season and then did a tremendous job with the team. It was an exciting year. This award is well deserved and we are real proud of him.”
Under Jacobson’s leadership, the ‘Skins earned the program’s first ever district championship with a solid win over a talented Cass City squad, Sandusky advanced to the finals with a whipping of USA. The winning combination of a potent Sandusky offense and a stingy Redskin defense proved more than area teams could handle along the way. On their trail to the regional finals at New Lothrop, the Sandusky offense rolled up over 3,000 yards of rushing with senior Chase Tucker gaining over 1,500 and scoring 24 touchdowns.
The players, from the onset of practice, bought in to the head coach’s philosophy of taking it one game at a time and not get caught up in looking forward. “We talked about that at the start of the season, actually all the way back to summer when we started meeting. We told the kids we had to stay focused. We knew we had some talented position players and a good group of seniors. The potential was there for good things to happen.”
In a letter notifying Jacobson, Lenny Dantinne, Director of Region 11 Michigan High School Coaches Association wrote, “Coach Jacobson, I’m writing to notify you that you’ve been selected as one of only two Regional Coaches of the Year in Region 11. Region 11 is comprised of 28 schools. The Regional Coach of the Year Award is voted on by all of these 28 coaches. It is a great honor to have your hard work and success recognized by these fellow coaches. Sandusky is very blessed to have a leader such as you at the helm of their program. I would like to congratulate you on behalf of the Michigan High School Coaches Association.”
Congratulations to Coach Jacobson on a well deserved honor. 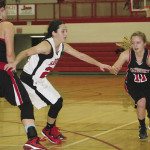