Memorable season comes to an end for Redskins 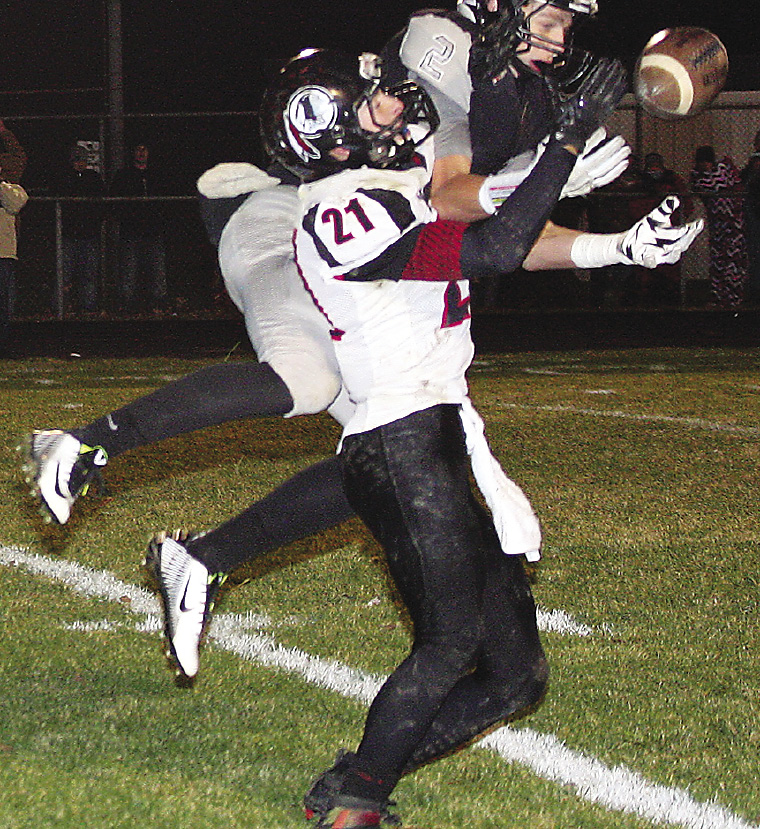 A dream season for Sandusky, featuring a league championship, the school’s first football district championship and a spot in the regional finals with an undefeated record all came to an end Friday night against New Lothrop.
The Hornets, no stranger to the post season, took advantage of Sandusky mistakes to roll to a 34-15 win and leaving Coach Craig Jacobson’s squad with a fine 11-1 overall mark. The Redskins offensive machine had rolled up over 3,000 yards during the season, but in the regional finals, the high-powered backfield met their match.
New Lothrop, who held a decisive weight advantage on both sides of the ball, has been in the play-offs 16 consecutive seasons and have gone undefeated in league play the past six years. “They are a good team and a good program,” admitted Jacobson as his team prepared for their first ever regional appearance. “It’s been a great year for us too.”
New Lothrop took the opening kickoff and marched down field towards the end zone and coughed up the ball near the Sandusky 30. It was the first of two Hornet fumbles recovered by Sandusky. After the Redskins failed to move the ball on their first possession, New Lothrop scored their first touchdown on a two yard dive. The Redskins defense stopped the two point conversion and trailed 6-0 midway through the first quarter.
Sandusky responded to the score, punching in one of their own to start the second quarter when Casey Hyatt took it in from two yards out. Brandon Potter’s PAT kick gave the Redskins their only lead of the game at 7-6.
From there, the wheels quickly fell off as New Lothrop blitzed the Redskin defense for four more TDs before the half to take a commanding 34-7 lead. Two of the scores came in the closing seconds on a seven yard run and a 15 yard scoring strike.
The only second half scoring came in the fourth quarter when Sandusky’s Trey Brown raced 26 yards and Chase Tucker added a two point conversion for the final 34-15 margin.
Tucker, who rushed for over 1,000 yards in the season and set a new school record for most touchdowns in a single season, finished the game with 121 hard fought yards on 23 carries while Hyatt added 32 yards on 12 tries. Tucker finishes his senior season with over 1,530 yards and 24 touchdowns. He averaged nearly 10 yards every time he touched the ball. Hyatt, a senior transfer from Carsonville-Port Sanilac, went over the 1,000 yard mark in the game for the season
The Redskins managed 191 yards on the ground against the Hornets and had another 69 yards through the air. Potter connected with his favorite target, senior wide receiver Danny Hale for 34 yards on their first half scoring drive. Joe Stone had one reception for 36 yards.
Both sides had troubles with the yellow hankie flying from the men in stripes. Each team had 75 yards worth of penalties walked off against them with Sandusky getting five flags and New Lothrop receiving eight penalties. At one point early in the third quarter, Sandusky appeared to have temporarily lost their cool, having back to back 15 yard personal foul penalties whistled against them.
Despite the loss, Sandusky will hold their head high with the tremendous success of the 2015 season. The Redskins only real challenge came in Week 1 when they pulled out a 28-26 win over USA. After that, they rolled through league competition to claim a GTC-East championship and the programs’ first ever district crown. Congratulations to Coach Jacobson, his staff and players. 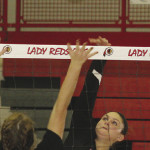 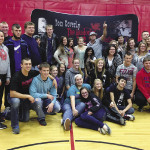