Coaches: Brian Jones, Joe Garcia
Record last year: League: 10-0; Overall: 12-1, second at districts
Returning players: Logan Hughes, should be 1 or 2, long hitter; Austin Western, should be 1 or 2; Jack Norton, will contribute; Caleb Kaatz, contributed lsat year, much bigger this year; Cody Johnston, will contribute; Chris Bobb, much improved
Key losses to graduation: David Ross
New prospects: Ben Jones, strong player; Marshal Holt, will contribute
Comments on this year’s team: We don’t have any seniors, but our juniors and sophomores were big contributors to last year’s team. Losing David Ross will be difficult, but Logan Hughes and Austin Western will be able replacements. Look for Caleb Kaatz to have a big year. Jack Norton, Cody Johnston and Chris Bobb will help this year. Freshmen Ben Jones and Marshal Holt could break into the varsity lineup.
Comments on league this season: I have no idea about the other teams. 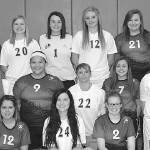 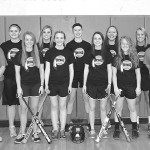