It was a tough week for the Sandusky nine, dropping both ends of a doubleheader to both Capac and Memphis. In Capac, the Redskins led for much of game one before the Chiefs rallied with a run in the seventh and the game winner on a walkoff hit in the eighth to claim a 7-6 decision. In the nightcap Capac scored four runs in the first two innings and rolled to a 5-2 victory.
Ethan Tubbs (two runs), Trenton Keys and Nick Kohn all had a piar of hits in the opening game while others came from Jared Sanderson (double), Logan Wheeler and Tate Larson, who also had a pair of RBI.
Sanderson had a RBI double knocking in Paco Dorman in the first inning and later, Sandusky pushed across four more runs in their half of the fourth to take a 4-3 lead. Larson belted a two run double, plating Wheeler and Tyler Monroe and Larson later scored on a RBI single by Tubbs. Keys connected on a RBI single to drive in Tubbs. Keys took the tough loss, striking out seven and allowing four earned runs.
The Redskins had eight hits in game two, three by Larson and two by Sanderson but it wasn’t enough to pull out a win. Sandusky scored a pair of runs in the second inning, one on a Tubbs RBI single scoring Larson who had earlier knocked in Riley Davidson with a single.
Also last week, the ‘Skins came out on the short end of a 5-4 and 8-3 final scores with Memphis. The Yellowjackets scored two runs in the second inning to rally for the win. Keys belted a two-run single for Sandusky in a fourth inning rally, the only time the home team managed to score. Sanderson took the loss, striking out four and allowing two earned runs.
Offense was at a premium in game two for Sandusky as they managed just four hits, one each by Keys, Wheeler, Monroe and Larson. Keys was credited with a pair of RBI. Three Sandusky hurlers allowed seven hits and struck out eight. Sandusky closes out their regular season Thursday traveling to Vassar. 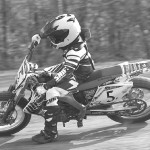