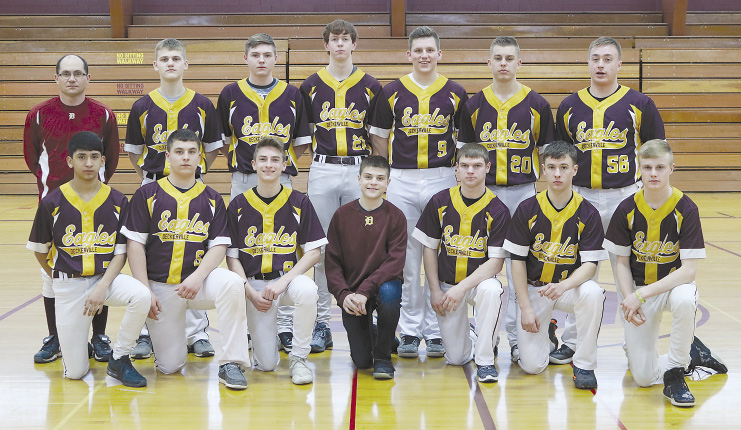 Head Coach: Todd Walker
Asst Coach: Ron Webb
Year 8 as Head Coach
Coaching Record: 94-82
Record Last Year: 20-5, League 10-2
Key Returning Players: Wyatt Janowiak, Cole Romzek, Zac Ostrowski, Brenden Kreiner, Kenton Bowerman, Isaac Keinath
Key Losses To Graduation: Austin Fritch, Kyler Williams
New Players To The Team: Traiten Colesa, Richie Oldenburg Carlos Ibarra
Outlook: The spring has not arrived yet however early practices in the gym and winter work outs have gone very well. The team is working hard and the anticipation for the season is high. The coaching staff has been quite happy with the attitude and work ethic of our leaders and this will hopefully set the tone for a good season. We are expecting another tight race in the NCTL with Dryden being the favorite. Kingston and Mayville are also always very tough. North Huron will be a very difficult opponent as they are always very solid. We are also looking forward to conference newcomer Bay City All Saints as they have a history of a tremendous baseball program.
For us entering the season we should be in fairly good shape with our biggest issue being lack of experience in the catching position. We have been working extremely hard since last year developing sophomore Connor Lamont as our catcher and his progress has been excellent. He will be ready to take on most of the catching duties. Experience will be an asset as we have lots of experience at all other positions. We have a lot of pitchers with varsity experience and are hoping two or three can step up to become dominant pitchers rather than simply throwers. Our pitching depth should prove to be a very valuable asset. We only graduated two seniors and therefore have the core of our starting lineup coming back. However we did graduate our number one pitcher KylerWilliams who is going to be very difficult to replace and our starting catcher Austin Fritch who was all league four years in a row! We are coming off a very solid year in which our team achieved twenty wins, but fell short in the league race and in districts which has our seniors very hungry to win a championship. Our plans for this season are to lean on Zack Ostrowski, Wyatt Janowiak, and Brendan Kreiner to pick up the bulk of the innings, while sophomore Isaac Keinath should also prove to be a very critical piece of our pitching staff. Derek Dreher and Kenton Bowerman will also see critical innings as the year goes on.
We are a group with substantial varsity experience as all of our seniors have played critical innings the last three years for us. With that said it will be up to myself and our leaders to create a winning attitude and work ethic.
Around the horn at defense the only position with a new comer should be at catcher with Connor Lamont taking over the job behind the plate. At third we have Kenton Bowerman who will be a four year starter. At shortstop Wyatt Janowiak will be our starter for the third year and Isaac Keiniath should help out at short when Wyatt is on the mound. Second base will also see a familiar face as Brenden Kreiner will be the starter for his second full season. First base will have Cole Romzek start as he has the last two years. Cole is a very intelligent baseball player who will be looked upon for senior leadership in the infield. In the outfield we will have Zack Ostrowski, Isaac Keinath, Wyatt Watson, Jeffry Stone, and Curt Vogel competing for the playing time.
Offensively we hit .324 as a team last year and are looking to improve on that as we have gained another year of experience. I am expecting that we will be able to score runs in multiple ways as we have some power in our line up in Janowiak, Kreiner, and Romzek who should be able to drive in runs and we have some speed guys at the top with Bowerman and Ostrowski who will set the table. We also will have the personnel to play small ball and execute offensively in many different ways as we have in the past.
Overall, I think the league should be very competitive and with lots of hard work we believe we could be right in the mix. Our team is ready to improve on a solid season last year and prove that we are one of the better programs in the area. I am looking forward to seeing how we stack up against the top teams in the league.
Play Ball!
Todd Walker 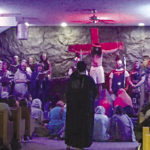