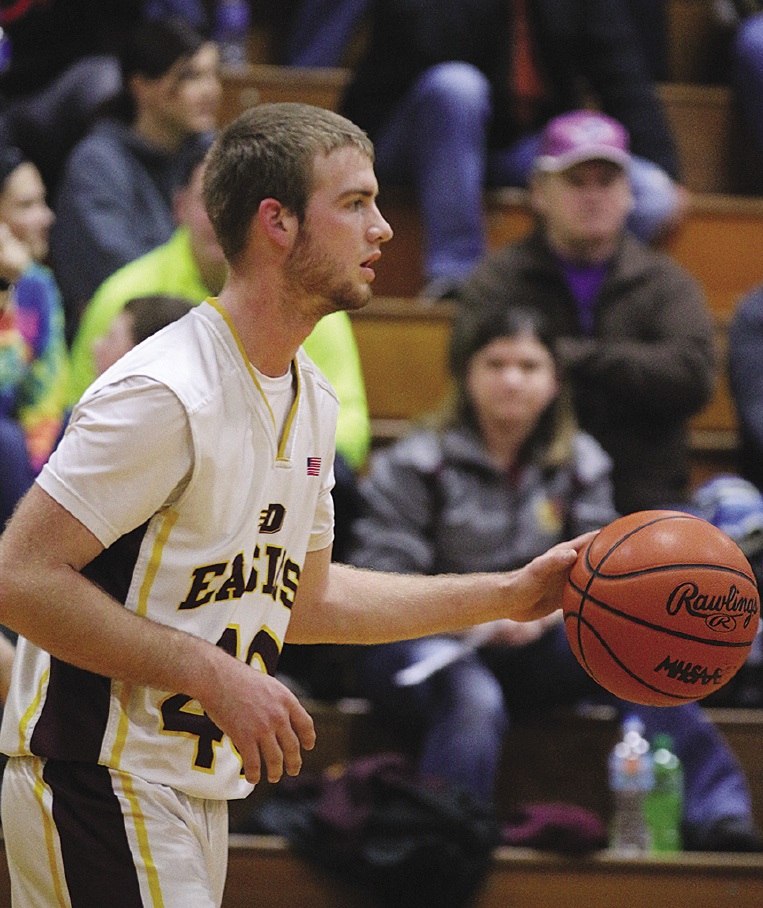 On January 11, the Eagles played the CPS Tigers at home, winning 68-53.
The Deckerville boys outscored CPS 17-8 in the first quarter, with a half-time score of Deckerville 32,CPS 12. Deckerville added 23 points in the third, and holding the Tigers to 11. The Eagles added 13 more points in the fourth quarter, the Tigers 12.
The Eagles had four in double figures, Austin Fritch 15, Zach Asher 13, Wyatt Janowiak 12 and Brandon Pattullo 10. The Eagles were 6-10 at the free throw line.
For the Tigers, Aaron Cooney 15 (three 3-pointers), Justin Ritchie 8, Cody Mooney 6. CPS was 2-2 at the free throw line.
CPS Coach Leon Westover said, “As well as I thought we competed at Peck last week, we did not compete at all tonight. Deckerville got to the rim any time they

desired and completely dominated us on the boards. Deckerville had one possession in the 2nd half where they had 5 offensive rebounds and scored on the 5th one. We were outplayed in every facet of the game and when their full court pressure pushed the lead to 30 early in the fourth, they were able to coast to the 33 point win. We are now 0-4 in the league and 2-4 overall. Our next game is at Caseville on Thursday. Our players desperately need a win on Thursday to regain some confidence. Our priority is defense at this point and we need to find 5 players who are active defensively and who will box out and compete on the boards. We are not competitive at the defensive end at this time.”