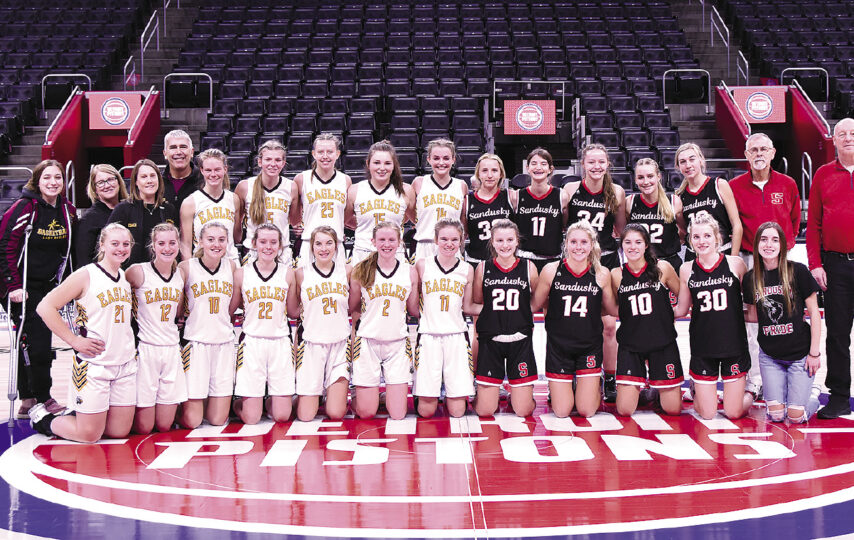 The Sandusky and Deckerville Boys and Girls Varsity teams took time away from their Christmas breaks to travel down to Detroit for a double header at Little Caesar’s Arena last Wednesday.
The Lady Eagles and Lady Wolves took to the court for the first game and Sandusky caught fire, taking a 13-2 lead to start the second quarter. Deckerville kept pace with Sandusky’s scoring for the next three quarters, but could not overcome the early scoring deficit and fell to the Wolves 34-21. Libby Tank led the way for the Lady Eagles with 6 points and 13 rebounds. Sophia Sanford added 4 points. Shelby Flanagan chipped in 3 points. Mya Garza, Emma Salowitz, Brooke Barker and Axelle Mousse each chipped in two points a piece.
Morgan Taege led the Lady Wolves in scoring with 16 points. Ally Jansen added 8 points, 4 assists, 3 steals and 3 rebounds in the win. Brooke Jansen had 4 points, 5 steals, 4 assists and 3 rebounds. Helena Long finished with 4 points, 7 rebounds and 3 steals. Adalee Kaufman pulled down 9 rebounds and had two points. Grace Guibord grabbed 6 rebounds and 4 steals in the victory over the Lady Eagles. “I am sure that playing at Little Caesars Arena is something that our girls will remember forever,” stated Sandusky Coach Al Demott, adding “It was great to see so many people from Sandusky and Deckerville come down to Detroit to support our girls and boys basketball teams.”
The varsity boys teams took to the floor, the tables turned for this matchup. Deckerville started off on a six nothing run before the Wolves caught fire and scored 14 straight. Both teams scored 4 points in the second quarter to bring the score to 18-10 at halftime. Sandusky scored 11 in the third quarter and Deckerville was on pace to score just one point in the third before Derek Osborne hit the turn around three at the buzzer to give the Eagles 4 points for the quarter. The Eagles outscored the Wolves 14-10 in the final quarter but the Wolves had already built a healthy lead and so the Wolves took the win 39-28.
Hunter Garza was the leading scorer for the Eagles with nine points. Brady Sharbowski chipped in six points. Kris Kosal added four points and Derek Osborne had three points. Logan Martin, Connor Palmer, and Mike Pink each chipped in two points.

Kyle Guibord and Andrew Bolsby scored eight points each in the win. Caleb Minard added six points. Jackson Kartanys had four points. Tanner Taege added three points. Barry Lester, Braden Bender and Christian Shuart each chipped in two points. Kelton Bukoski and Gabe Drabant each had a point from the charity stripe. Attendees of the high school games were able to have their tickets scanned to go out and explore Detroit a bit before being allowed re-entry to watch the Pistons take on the Orlando Magic at 7 p.m. 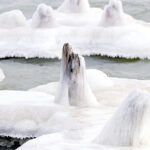 Next Story:
Marlette Falls to Capac