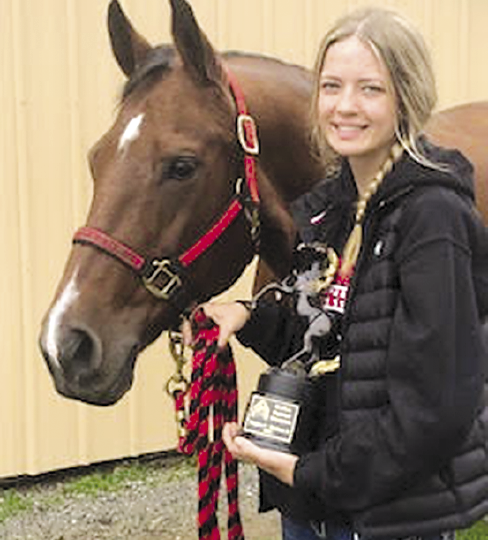 On October 3, Sandusky senior Emiley Bender earned the title of Division D Regional Equestrian champion by edging out Roscommon and five other district, grand and reserve champion teams to take the title. Emiley had an exceptional regional weekend consistently earning high placings in her bareback, equitation, showmanship, and speed classes.
In Emiley’s final year of competition, as the lone member of the Sandusky Equestrian team, she won the district 14 Division D championship in Sandusky on September 26th with many top placings during district competition. Emiley also earned the title of Overall High Point rider for District 14, which is composed of teams from Huron, Sanilac, and Tuscola counties.
Emiley now moves on to compete at the MIHA State Finals beginning on October 13, at the Midland County Fairgrounds.
The event will be livestreamed on MIHA website. 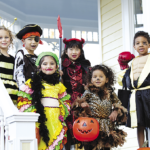 Next Story:
‘Skins Football back on Track