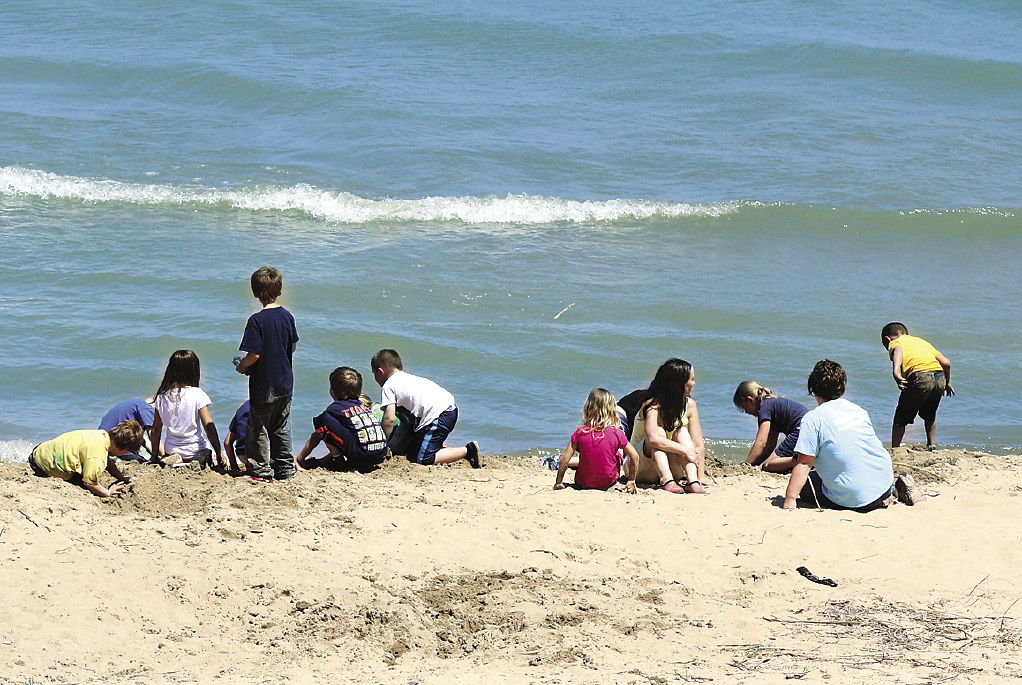 Going on 15 years, CPS students grades K-5 have had an opportunity others in Sanilac County only dream of, three fun-filled days at Camp Ozenam, just south of Port Sanilac.
The CPS Elementary PTA sponsored this activity, which gave the kids not just the opportunity for fun, but to mingle with each other, and learn along the way.
The students were picked up on the bus just like any regular school day, but instead of being dropped off at school, they departed to camp.
The 8:00 a.m. – 3:00 p.m. days were filled with activities. Each morning is started with the raising of the flag, and each day ends with the flag being lowered. Each grade received their own “cabin”, and throughout the three days many events were held. Whispering Pines had an array of animals on hand, and the Port Sanilac Fire Department also entertained the kids.
Students made stepping stones out of cement, bags out of T-shirts, and competed in sand castle and Tug-of-War competitions. The first and second graders had fun playing “Dip, Dip, Drop” – a game very similar to “Duck, Duck, Goose” only involving a wet sponge in lieu of a dry palm. Other students kept busy painting rocks to take home. A balloon toss for the fourth graders was part of the fun, and several scientific projects were on display.