DECKERVILLE – The Davidson- Turnbull Reunion was held Sunday, August 14, at Wilson Park, with over 100 attending from Florida, Texas, Indiana, New York, and all across Michigan.
Noah Davidson and Theodosia Turnbull both came to the Deckerville area with their families from Canada in the 1880s /1890s.
Robert Davidson and son, Noah, arrived in the spring of 1881; about eight months after the railroad came to Deckerville and Cedardale, but only four months before the Great Thumb Fire of 1881, which they barely survived.
Jacob Turnbull settled in Palms in 1892 with daughter Theodosia and others, after working on the historic submarine RR tunnel from Sarnia to Port Huron, completed that year.
There is a connection between Davidsons / Turnbulls and the Van Sickles who lived “across the road”, three miles north of Deckerville. (The annual Van Sickle Reunion was reported in the August 10 edition.) Robert, Noah and others moved first into that house. Noah traveled to Bozeman Montana for two years and returned to Cedardale in 1893 to build the Davidson farm and homestead just to the north. Van Sickles and the nine Davidson children were ‘neighborhood kids’ together.
The January 1898 Wedding of Noah and Theodosia was followed by the Jacob Turnbull family moving in to Robert Davidson’s former dwelling, immediately to the south.
Davidson descendants at the reunion included the families of two sons and nine sisters, including those of Cliff Davidson, Edna O’Connell, Ethel Pettengill, Bessie Fritch, Mary Hendry, Rosamond Buhl, Joy Bryce, Wilma Hoxsie, and Bill Davidson. A large group from the Pettengill/Mieras clan was a last minute cancellation due to illness. Among the largest groups were those of the sons of Cliff Davidson, Bob and Jim, including the Cooneys, Jollys, States, and the last of this generation of Davidsons, Rosamond Buhl, passed away in 2018, at the age of 105.
The Turnbull name now resides in Florida, with Jacob’s descendants Randy, R. Gary, and Bryan. The family of descendant families Cripps, Thayer, and Bohms were present. Howard and Maurice Turnbull were well known names in Deckerville. Several of their descendants were last minute cancels due positive Covid tests, however Randy Turnbull attended. The last Turnbull of that generation, Theodosia Bohms, passed away in 2020 at age 102.
Robert A. Davidson had many daughters, connecting the family to the Shoebottoms, McHardys, McLaurins, Moirs, Swails, Peaslees and Aichorns. Most of these stayed in Canada or went to copper country. However the marriage of Elizabeth Davidson to Thomas Evans literally gave birth to Deckerville families: Thayer, Darlington, Burgess, Young, Dawe, Cleland, Hooper, MacDonald, Simmons, Burgett, Lincoln, Tanton, Hurley, Brown, Thompson, Foster, Wheaton, – reminding us that we seem to be related to half the town.
The Stapletons of Devon, England joined Robert Davidson from Uxbridge to Wellburn, and it was Mary’s brother Arthur who first came to Sanilac County in the 1860’s, in Buel Township, near Lexington.
Noah Davidson’s homestead farm remains in the family with Randy Davidson for 125 years since its creation in 1897, three miles north of Deckerville.
The catering by Culinary Customs LLC was enjoyed by all, and everyone received a “keepsake” cup of the event, detailing the origins of both families.
Davidsons come from Scotland via Uxbridge and Wellburn, Ontario, Canada to Cedardale. Jacob Turnbull and daughter, Theodosia were born in Gateshead, England, and came to Palms via Point Edward, Lambton County, Canada and St. Clair with a brief sojourn in Bay City in the mix. The keepsake cup graphically showed these details.
Davidsons have a connection to Wilson Park. The Wilson farm and orchards resided in the area of the park, and Jean Wilson married Bill Davidson, whose kids picked apples there for years. The Wilson popcorn stand of the 30’s & 40’s on Main Street is noted in “Our Time” book of Deckerville memories.
Family genealogists were at work, with lists of descendants and detailed narratives of the Davidsons of Scotland and Turnbulls of Gateshead, with Lynda Bryce adding to her voluminous, carefully documented citations & photo, which now require 20 feet of shelf space for the three-ring binders. This and more details on both families are available on a private Facebook group: Turnbull – Davidson Family HISTORY page, administered by Bob Buhl.
A highlight of the reunion was a zoom call from Scotland. Fiona Turnbull, of Oban Scotland, is the administrator for FTDNA Group of Turnbull-Trimble-Trumble of about 500, and an experienced genealogist. She provided superb hints for Scottish genealogy and had specific references to both the Turnbulls as well as the Davidson’s whose orphaned origins have presented a mystery. The presentation and ppt were recorded and saved on a private YouTube site, for access to the family. Contact Bob Buhl for access.
The scope of the Davidson-Turnbull reunion was much broader than usual, but was deemed successful. Nametags announced not only which branch of the family, but also a chart of those siblings on the back. There were 17 separate nametags, indicating the complexity of the group. Some of the Davidson were in Calumet, MI, British Colombia and Milwaukee, but were unable to attend.
Over six years have passed since the last Davidson reunion, unlike some that are held every year, but all agreed that the family gathering was well worth waiting for, with a return to Sanilac County and Deckerville. 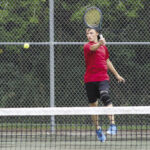 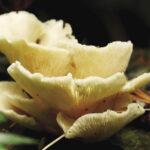 One Reply to “Davidson-Turnbull Reunion Held at Wilson Park”