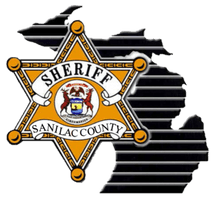 Sanilac County Central Dispatch received a 9-1-1 call reporting a two-vehicle personal injury crash at the intersection of Ubly Road and Cumber Road, in Austin Township on Friday, October 8, at approximately 1:04 a.m.,.
Deputies, along with troopers from the Michigan State Police-Caro Post, Argyle Township Fire Rescue and Sanilac EMS were dispatched to the scene.
Deputies’ initial investigation revealed a 2006 GMC Envoy was traveling east on Cumber Road, when the unknown male driver failed to stop at the stop sign at Ubly Road and struck a 2014 Chevrolet utility van traveling north on Ubly Road. The utility van was driven by a 58-year-old male from Saginaw. After the collision, both vehicles came to rest in the northeast ditch.
According to witnesses, the unknown male driver of the 2006 GMC Envoy was able to free himself from the vehicle before fleeing the scene on foot. Deputies and Troopers canvassed the area, but were unable to locate the male driver. The driver of the utility van was freed from his vehicle by Argyle Fire Rescue and transported from the scene by Sanilac EMS to Deckerville Hospital for treatment of his injuries.
The accident remains under investigation by the Sanilac County Sheriff’s Office.
Both subjects were wearing seatbelts at the time of the crash and alcohol is suspected as a factor in the crash.
Names are not being released at this time. 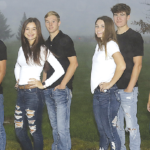